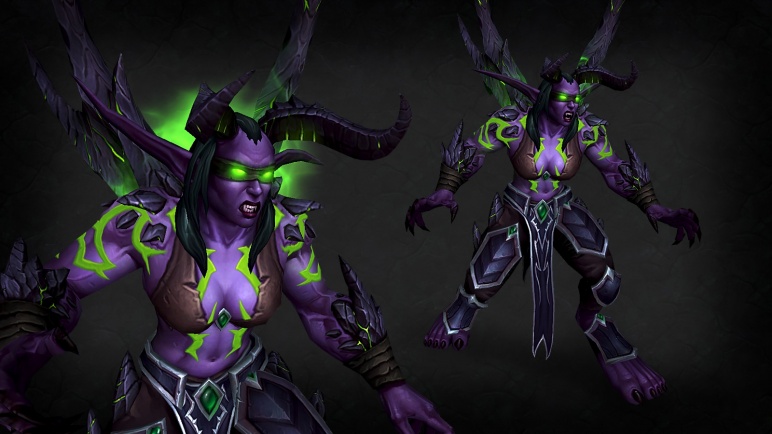 After two weeks of rumors, purported leaks, sad attempts at Rick Rolls and much complaining, excitement, drama and generally high emotions, the new expansion has been announced at Gamescom.

The announcement of World of Warcraft: Legion was prefaced by a small cinematic, tying the Alternate Universe Gul’dan to Main Universe Azeroth. Excellently executed, as all Blizzard cinematics are, it paves the way for an escalation of the war against the Burning Legion unlike anything previously seen or   experienced in the Warcraft universe.

The expansion is going to feature the obligatory new zones, this time in the form of a continent called The Broken Isles. A long lost elven bastion, it is where players will have to confront the Legion, competing against varying enemies in their efforts to thwart the new invasion. 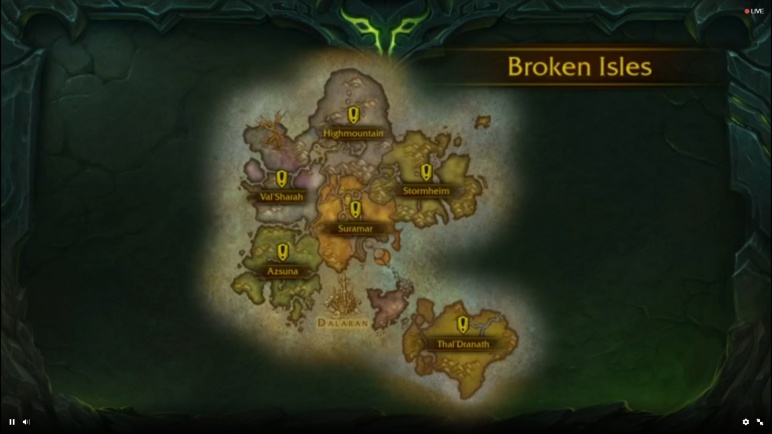 The Broken Isles has six zones at the start. Along with this, Dalaran, a feature of the Northrend continent for years, has packed its bags and moved over to the new continent so the Kirin Tor can watch events unfolding.

In the presentation, The Broken Shores zone was put forward as a focus for a pre-expansion event. It will be very interesting to see how this will be executed given how it was played up.

One very intriguing feature introduced during the presentation was Artifact Weapons. This appears in some ways to be a method of making older legendary weapons relevant again, with Ashbringer and a pair of swords forged from the shattered remnants of Frostmourne featuring amongst the weapons.

The part that is truly intriguing, however, is that these weapons will be leveled up through our experiences of the expansion. While watching the explanation of the weapon power path, I was struck with a strong impression of the old talent trees. It looked simpler than the later bloated talent trees, but the principle — being able to use points to buy the power-ups of your choice, and being able to choose what you want to put the points into — is the same.

The other, even more interesting, part is that each and every spec is intended to have its own unique weapon, and each weapon will have its own set of customizable skins. This could be an issue, especially for people who use multiple specs, so it will be interesting to see how this develops.

A new class is being introduced. The Demon Hunter has been asked for by fans over the years of World of Warcraft, and is going to be introduced as a Hero Class. Much like the Death Knight, the Demon Hunter class will be entering the game at a much higher level than standard classes, and will have a lore-rich story starting from a point in time before a gaggle of adventurers ever happened to set foot in the Black Temple. 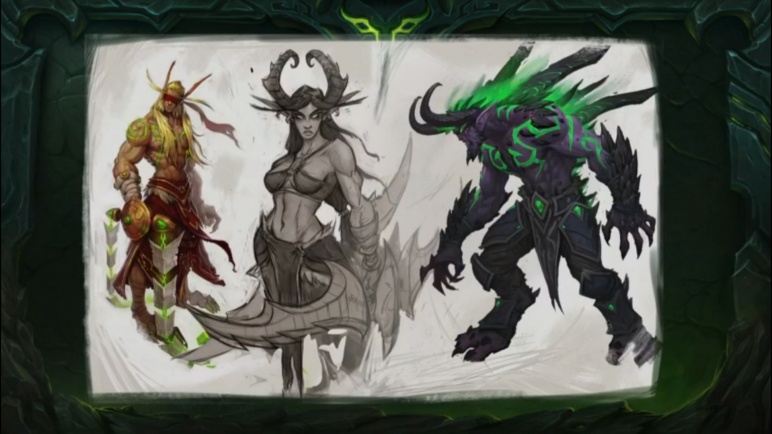 Once again, the intent is that the Demon Hunter will have a starting zone exploring their story and history, before launching straight into the fight. Hopefully this will be far better implemented than Death Knights. Who doesn’t love the experience of going off to fight the Lich— Burning Crusade?

The Demon Hunters will have only two specs, DPS spec Havoc, and tank spec Vengeance. The reasoning for this was that having a third spec would dilute the uniqueness of the class. They can also double jump, and the Legion webpage even talks about the ability to glide. Something that would have been much better put to use for some of the Warlords treasure hunts.

Which slightly awkwardly brings us to one of the main focuses of this announcement. There is a very strong class identity theme running through the entirety of the concept, only to be reinforced with Class Orders. Think of Acherus, and the Death Knights who come and go from there. This is what is intended to happen for all classes — a base under Light’s Hope Chapel for paladins, or a stunning view of the Maelstrom for shamans. Included in this concept are unique class quests.

There was mention of followers continuing on as part of the Class Orders, with the concept being the followers would scout areas for you to explore, or enable you to gain world bonuses. This had a very brief coverage, and sounds as though its development is still very young.

Raids and dungeons came along with some very interesting information. I strongly suspect Blizzard is trolling the player base in some respects as one of the dungeons mentioned was Eye of Azshara, a title long held by the player base as a potential expansion. Aside from the minor trolling, they did state that they had done a disservice to dungeons and dungeon replayability and that there 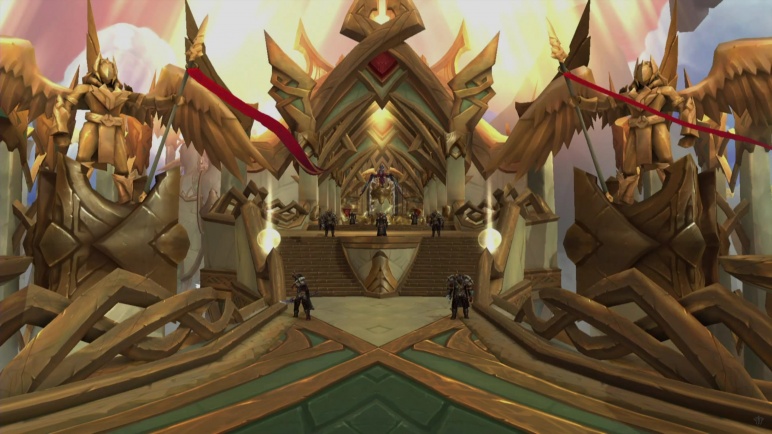 would be more of a focus on that aspect. Halls of Valor, the leveling dungeon, has a lot of potential, especially lore wise, as it is part of the origin of the Val’kyr, where the greatest Vry’kul warriors go.

They have stated they are going to be staying with the Warlords raid format, a 7-boss raid then a 10-boss raid initially. Hopefully there will be far more to come. One of the raids they talked about was The Emerald Dream, a 7-boss raid where you fight to protect the world from the Emerald Nightmare.

PvP is also being revamped, with the honor system undergoing very large changes. Honor gains give you PvP levels and unlock talents until level 50. These levels are independent of your normal leveling, and can be reset for prestige bonuses. Some of these include unlocking different skins for you artifact weapon.

Another point of excitement is in the expansion description from the website. Slipped into the text is the revelation that the transmogrification system will be getting an overhaul. This is going to enable us to collect and save outfits without sacrificing bag space.
It will be interesting to see where this next expansion goes. I strongly recommend viewing the presentation for yourself here. The page for the Legion expansion can be viewed here.