“Starcraft, the best RTS ever,” the voiceover booms. The opening ceremony at Blizzcon is underway, and this year there is a large emphasis on just how far we have all come, as gamers and as a community.

The introductory cinematic goes into the history of Starcraft and how it has been a foundation block on which the e-sports community has grown.

And so the cinematic turns full circle, and welcomes in the community and paves the way for the entry of Mike Morhaime.

It is Blizzard’s ninth convention, it is their 25th year of making games and next month will be the 20th anniversary of Warcraft 2: Tides of Darkness. It is a big year in the world of Blizzard milestones, and it’s going to keep getting better. 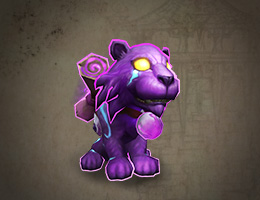 Over the years, the Blizzard community has raised over nine million dollars towards charitable causes, and this year we have the chance to do so again.

Brightpaw, the mana kitty revealed through the 6.2.x PTRs and who has been sitting temptingly in our pet list since 6.2.2 launched, has been revealed as the next charity pet. Releasing on December 2, all proceeds from purchases made until December 31st will go to Make-a-Wish.

The teasers, however, keep coming.

Starcraft 2: Legacy of the Void will be here soon, bringing with it all sorts of awesome stuff. To accompany this, however, is the news that mission packs will be being released in the future. These new RTS missions will keep the story alive and changing for Starcraft 2 with the first three mission packs set to release in the northern Spring of 2016.

Heroes of the Storm will be introducing several new heroes, and a new mode. 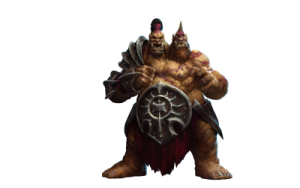 If you don’t have him, you can play him by grouping up with a friend who does.

If you play two matches with your friend, you unlock Cho’gall for yourself

If you have Cho’gall, playing four games with people who do not have him grants you a large amount of gold.

Hearthstone has announced a new adventure!

Travel with the League of Explorers, Brann Bronzebeard, Elise Starseeker, Reno Jackson and Sir Finley Mrrgleton to discover the Staff of Origination.

New Card Mechanic: Discover allows you to choose from three random appropriate cost cards. It is similar to the hunter card that gives you a random beast even if you don’t have it in your deck, just with more choice.

This adventure will include cards such as

To be released Thursday 12 November.

Base Game purchasable $40
PC Only 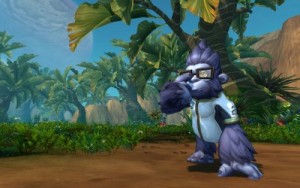 Will be available for PC, PS4 and Xbox One

As the last epic feature of the opening ceremony, the cinematic trailer for World of Warcraft has been released!

The Legion base game and digital deluxe are now available for pre-purchase.

If you want to see everything for yourself, the opening ceremony and e-sports channels can be viewed here, no virtual ticket needed.

Check out the rest of Azeroth Adoption Agency‘s coverage of Blizzcon!