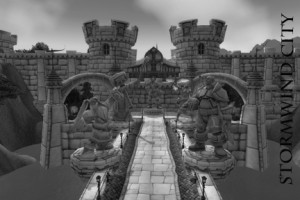 This time I am in Stormwind City, located north of Elwynn Forest on the Eastern Kingdom’s northwest coast.

It is the capital city of the kingdom known as Stormwind and the largest human city of Azeroth. The city is a marvel of human design and engineering.

In Stormwind you can find Rabbit, Rat, Squirrel and the hard-to-find (at least hard for me) Stormwind Rat. 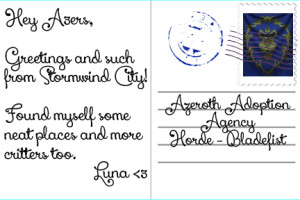 The scarcely seen Lil Timmy circles through the Canal District looking for a home for a Cat
Carrier (White Kitten) (cost 60 silver, price varies with rep). Also wandering
the Canal District is Craggle Wobbletop who sells toys and novelties. You will find he sells a Blue Clockwork Rocket Bot for 50 gold and a Warbot Ignition Key for 500 gold (price on both varies with rep).

If you fish, you might be able to get a Strand Crawler. He may also be in the quest reward Bag of Shiny Things from the daily fishing quests.

If you’re ever in town, you should check out:

Transportation hub with boats to Rut’theran Village/Darnassus and Valiance Keep in Borean Tundra. 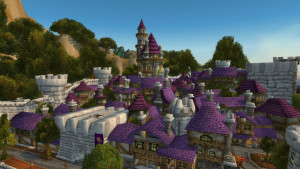 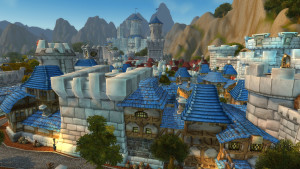 Auction House, Bank, as well as another transportation hub with Gryphon MasterDungar Longdrink.

The Valley of Heroes

Entrance gates to Stormwind, with monuments to heroes from the Second War. 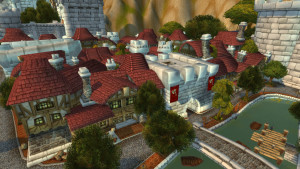 It is the center of SI:7, PvP vendors, Justice/Valor vendors. 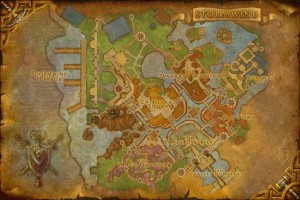 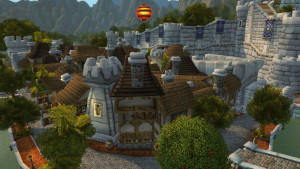 There is also a second Auction House, Bank and the famous entry to the Deeprun Tram. 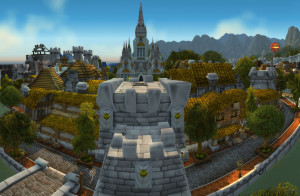 Home of the magnificent Cathedral of Light, City Hall and the Orphanage.

The Gazebo and city cemetery are around the back. 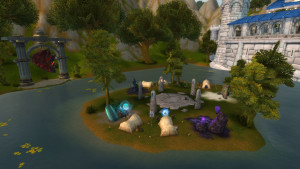 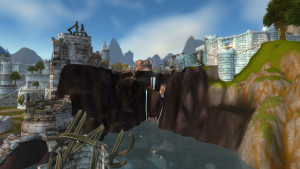 Replacement for the shattered Park district, destroyed by Deathwing.

Battlemasters, throne room with King Varian Wrynn and Genn Greymane, library and garden. Portal to Stormshield in the room to Varian’s left.

See you next time!
Category: Fun Stuff, Postcards from Azeroth