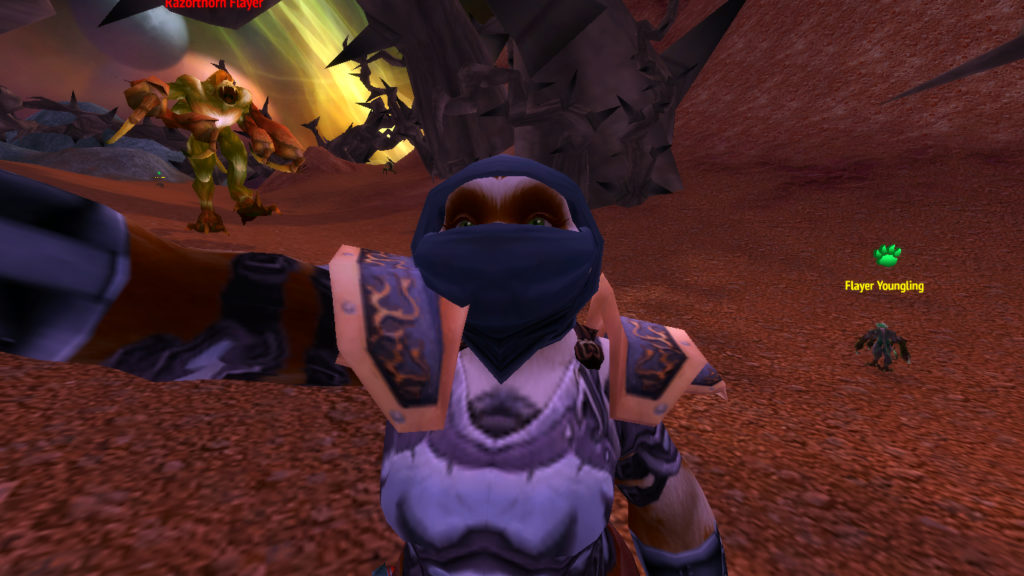 The Flayer Youngling is a versatile and easy-to-obtain wild pet capable of taking the place of several of the harder-to-get humanoids typically recommended in various strategies. I have even seen the S/S breed recommended in a strategy for dealing with one of the Celestial Tournament Tamers as part of a strategy for obtaining An Awfully Big Adventure.

As an added bonus, multiple S/S Flayers have enough speed that, between Kick, Deflection and Blitz you can use them to defeat Yu’la, Broodling of Yu’lon. Having a viable alternative for when you don’t have that one rare or hard-to-get pet can make the Celestial Tournament that much easier.

It’s not always about the speed, however. Having access to such a wide range of breeds means you can pick and choose what you want for the job. Having more power, for example, can be very useful for P-PvP, while having extra points in power and speed can make better use of Kick while also allowing for still substantially heavier hits in a battle.

The Youngling is also incredibly strong against critters. With humanoids taking less damage from critters and the increased damage from its beast abilities, it’s a strong pet for taking care of any pesky little furballs.

You can pick the Youngling up at Razorthorn Rise, right on the zone border of Terrokar Forest and Hellfire Peninsula. You’ll need flight, and the character you take will need to be capable of killing the level 70+ mobs that are found in the rise. As with farming for any of the wild pets, you’ll want to make sure you have your Terrible Turnip on hand, as well as a pair of strong back-ups capable of dealing with the secondary pets. As these are mostly either beasts or critters, having a couple of good beasts, or a beast and a mechanical, would be a good counter. I did note that while the rise is technically part of the Terrokar map, the Younglings match the expected levels (17/18) of pets you find in Hellfire.