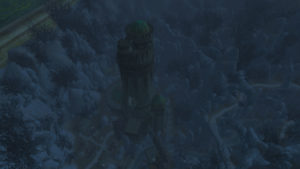 At the southern end of Deadwind Pass, bordered by Duskwood, Zul’Gurub and the Blasted Lands, lies Karazhan, the haunted tower formerly inhabited by Medivh, the last Guardian of Tirisfal.

Situated at the confluence of a number of ley lines, Karazhan is now dilapidated and run down, surrounded by the ruins of the small village at its base. The tower sealed itself off from the world after Medivh was killed, but a few years ago rumours began to spread of some evil presence taking it over….

Although Deadwind Pass is a small mid-50s zone, Karazhan is populated with 68-70 mobs, most of which are ghosts. There is not much reason to come here, as there are no quests, except for those that form the attunement for the raid instance located within the tower, and those that are part of the level 85 rogue-only quest chain for the Fangs of the Father.

However, there are a number of things that the avid adventurer can do here. Located just beyond the tower, if one is coming by road, is a small chapel and a crypt, collectively named ‘Morgan’s Plot’. The crypt is where Medivh and Aegwynn, Medivh’s predecessor, are buried. Between the two one will find Lydia Accoste. Floating around the area one will also find Restless Shadelings (only in the early morning, server time) and Arcane Eyes.

Beneath the village, one will find the Master’s Cellar, and an underground pool. The cellar is full of spirits — the drinkable kind, and the kind that will try to kill you. If doing the Karazhan quest chain, you will be required to go to both locations with a scrying crystal.

Standing outside the tower are Archmage Alturus, his protégé Apprentice Darius and Archmage Leryda. Alturus offers adventurers two quests that will start them on their way to obtaining the Master’s Key, and eventually summoning the optional boss Nightbane. Darius offers vendor services, and sells a number of items according to reputation level with the Violet Eye, a secret group split from the Kirin Tor to investigate the goings-on in Karazhan. Leryda offers a level 70 epic ring that increases in power as it’s upgraded through reputation.

Atop the tower, one will find a gryphon roost, with a gated portal just beyond. This was to provide entry to a partially-cleared run of the raid, but was unfortunately never implemented. 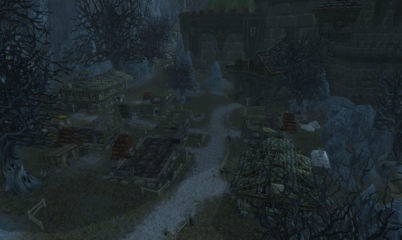 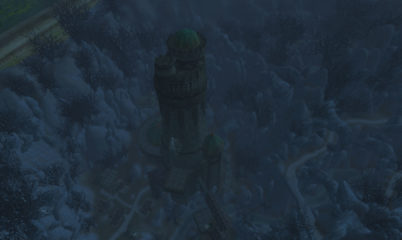 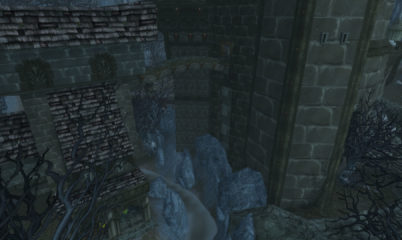 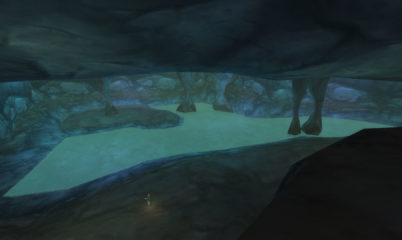 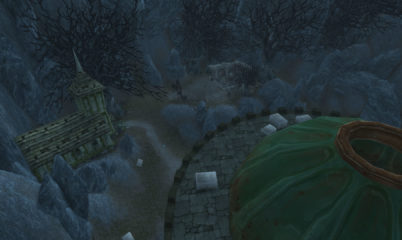 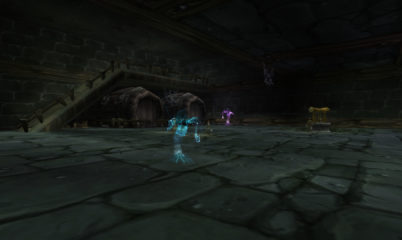 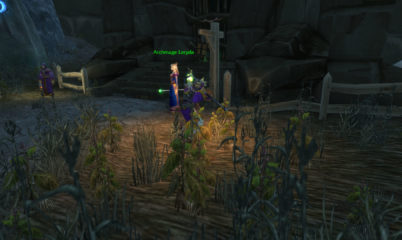 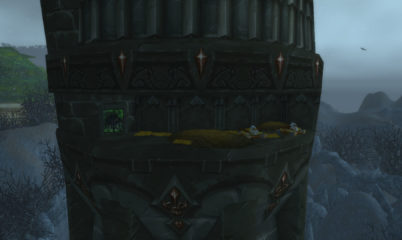 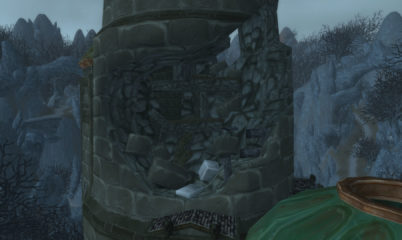