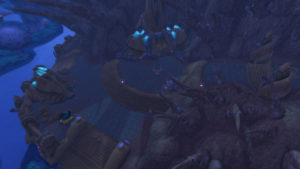 In Outland’s Nagrand, there are two factions — the Kurenai and the Mag’har. They have outposts at Telaar and Garadar, and are Alliance- and Horde-aligned respectively.

The Kurenai are a faction of Broken draenei who managed to escape slavery and take possession of the town of Telaar, at the southern edge of Nagrand. They have also established an outpost at the Orebor Harborage, and are trying to strengthen ties between Telaar, and the eastern Zangarmarsh settlement of Telredor. 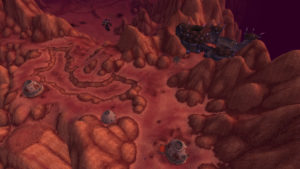 The Mag’har are a group of orcs that were infected with a plague known as the ‘red pox’. Those affected were quarantined in Garadar, a village set up for the purpose of keeping them separate from other orcs. While the rest of the orcish population were corrupted by fel magic, the orcs of Garadar stayed ‘pure’, leading to their name ‘Mag’har’, meaning ‘uncorrupted’ in Orcish. Garrosh Hellscream, who would later go on to be Warchief of the ‘New Horde’ on Azeroth, was interned here. 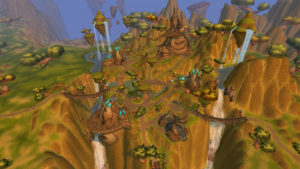 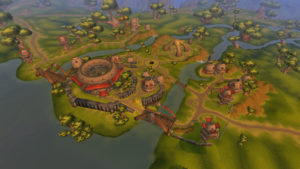 Once the quests are exhausted, however, the reputation grind really begins. The ogres and Murkblood Broken of Nagrand, as well as the orcs of Kil’sorrow Fortress, will all give a small amount of reputation each when killed. The orcs will also drop Obsidian Warbeads, which can be turned in, ten at a time, to the appropriate person in either town. Note that these beads are also taken by the Consortium, a faction of ethereal entrepreneurs at Aerie’s Landing, in west-central Nagrand. Making use of the Darkmoon Faire’s carousel buff will speed the rep grind up a bit. Unlike some rep grinds, the beads can be turned in all the way up to 999/1000 Exalted. 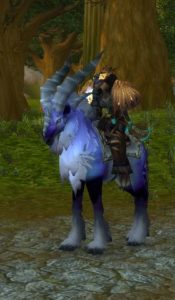 At the end of it all, players will have the opportunity to purchase mounts. Both factions offer the same rewards — mounts, patterns, a recipe and some gear of item level 115, requiring level 70 to equip. The tabard, like all tabards before the Argent Tournament was released in Wrath of the Lich King, are purchasable only at Exalted.