Now I know what you’re thinking. That darn D’lom the Collector doesn’t really have anything useful at this point in the game’s life, except maybe the Tabard of Therazane for your tabard collection.

There’s an achievement though, hiding among all the rocks, that will get you a new pet: Pebble!

To get Pebble, you’ll need the achievement: Rock Lover.

If you haven’t unlocked the dailies on any of your characters yet, and you have an enchanter, do it on that character.

Why? This way you can unlock the Tome of Illusions: Elemental Lords.

To get this you’ll need to start the quest Controlling the Elements and part of that is getting Revered with Therazane. 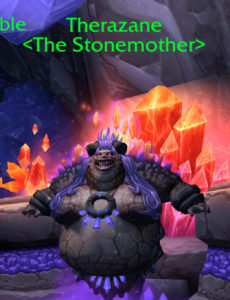 If you’ve never leveled in Deepholm, you’re going to need to finish the quests here enough that Therazane will be willing to talk to you. For me it was faster simply to start where I left off on my enchanter mage and wrap up all the quests.

You’ll get the achievements Deep into Deepholm and Explore Deepholm in the process and be at Honored reputation, based on my experience.

To get Pebble, you don’t need to get Exalted, you need to get lucky that Pyrite Stonetender (waypoint 55,14) has the quest Lost in the Deeps.

If he doesn’t have a quest, come back and try again tomorrow or you can try realm hopping, but it’s harder to do since Deepholm itself is likely instanced and shared already among multiple realms.

Once you do have the quest head off to the big hole in the ground and go searching for Pebble. 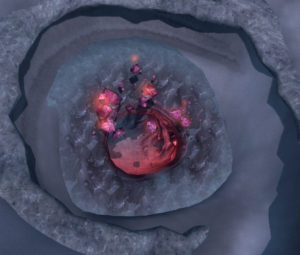 He’s going to be up in a higher tunnel, waiting for you patiently. 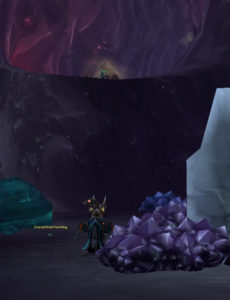 When you ‘rescue’ him by talking to him he’ll follow you obediently out of the tunnel. Don’t forget that you can mount up in the tunnels (ground only) and ride your way to freedom. 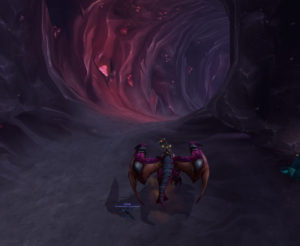 Oh, one more thing. Once you’ve done all the quests to unlock the Therazane dailies you get a portal in the temple you teleport to her throne, so you don’t have to fly all the way across Deepholm every day to see if Pyrite has the quest. 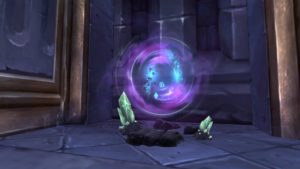