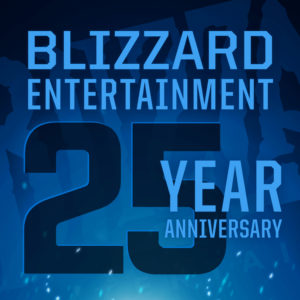 This year’s Blizzcon was full of huge milestones for the company and its games.

The weekend opened up with a video montage showing the history of the company and the people involved for the past 25 years, ending with a hopeful “looking forward to the next 25 years with you”.

Mike Morheim, President & CEO of Blizzard, gave the opening speech. He reminded everyone that not only is it the 25th anniversary of the company, but this year is also the 10th anniversary of Blizzcon, and also Diablo’s 20th anniversary. He said that Blizzcon has grown immensely from its first year, which had 4000 attendees, to this year’s, which has 25,000. He also gave a big thank you to the whole community for their support over the past 25 years. 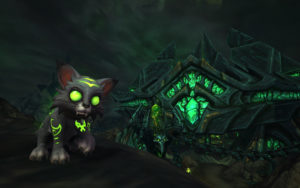 Following his introductory statements, several big announcements were revealed for multiple games. One of our favorite announcements was the new charity pet for the Make-A-Wish foundation: Mischief, the fel kitty. She will be available in the Blizzard store in early December, and the full purchase price for her through the end of the year will be donated to Make-A-Wish. 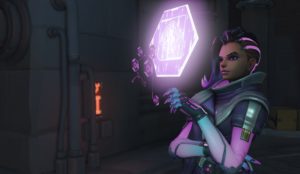 Some other big announcements included the reveal of the new Overwatch hero, Sombra, Diablo III co-op mission expansions, a partnering between DeepMind AI researchers and Starcraft II. Esports were also covered, with a video highlighting moments throughout the year, and also a brief plug for the Heroes of the Dorm documentary that premiered at Blizzcon. The final major Esports announcement was that of the Overwatch League.

Following him on stage was Kaeo Milker, Executive Producer for Heroes of the Storm. He gave a quick recap of the year, mentioning specifically the Machines of War feature that brought heroes from Starcraft II into the Nexus. He also announced a new Brawl map: Blackheart’s Revenge, which will be available in-game starting November 15th. Some new heroes are being introduced to the Nexus before the end of the year as well: Varian Wrynn (available the week of November 15th) and Ragnaros (available in Dec). 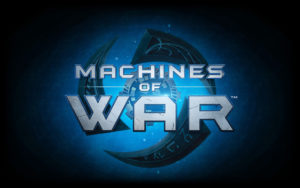 One last Heroes of the Storm announcement excited me the most: The Nexus Challenge. The Nexus Challenge will be available from Nov 15 through Jan 4 and will reward you for completing matches with people on your friends list. You get rewards for both Overwatch and Heroes of the Storm. There are two tiers of rewards: one at 15+ matches, and one at 30+ matches. The rewards for the 30+ tier include a free 30-day stim pack! So if you’re still missing Graves, now is the time to team up with your friends with the goal of obtaining that stim pack to help you get to level 20 as fast as you can! I know that’s what I’ll be doing. Visit heroesofthestorm.com for more detailed information.

Next up we had Hamilton Chu, Executive Producer of Hearthstone. He introduced a new expansion, Mean Streets of Gadgetzan, featuring lots of new cards, some of which are very unique in their abilities. Tri-class cards anyone?

Closing up the Opening Ceremonies was Frank Pearce, Chief Development Officer, talking about Diablo III. For the 20th anniversary event for Diablo, they are re-creating the original Diablo experience in Diablo III. He also announced two new zones that will be coming out soon, and a new class: the Necromancer.

He gave a few last plugs for various panels over the course of the weekend and reminded everyone that Weird Al was doing the closing concert. In the words of several panelists over Blizzcon: Have fun, and be good to each other.