Repping with Leashes – Burning through Hyjal

Well, first of all, I wish you a heavy amount of good luck. For pet hunting purposes, aside from the wild friends you might find, the Scorched Stone is heavily luck-based while Hyjal Bear Cub and Crimson Lasher are sold for gold. 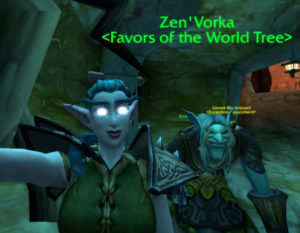 The low-drop companion joins the fight as a drop from Zen’Vorka’s Cache.

Naturally, this is sold by Zen’Vorka himself for 30 Marks of the World Tree out on the Molten Front. He’s in the big tree that you help establish.

‘But FlameFlash,’ you say, ‘I wasn’t playing in Cata and have no idea how to start this.’ Well, that’s why we’re here. If you have played through Hyjal already, here’s your reminder: it’s the portal overlooking the Sanctuary of Malorne. 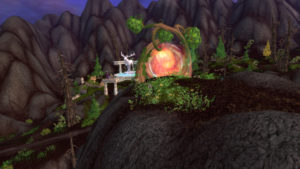 At level 100 or 110 it’s going to be quite quick to blast through the quests that lead up to the ‘Firelands Invasion’ quest from your local Hero’s Call Board (Horde)/(Alliance).

Since we’re so far past the leveling experience, flying — and probably on 310% speed flying at that — I won’t bore you with the details of all the quests leading up to ‘Guardians of Hyjal’.

Get to the point where you free Tortolla and the zone should phase so that you can unlock the Molten Front quests. Specifically, it’s the quest Aessina’s Miracle. 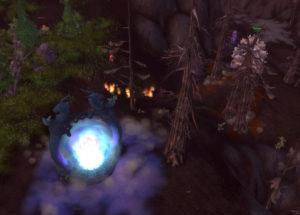 As you’re going through the zone, if you haven’t already given it a flyover to get the wild pets there, now’s a great time to do it.

Carrion Rat, Death’s Head Cockroach, Grotto Vole, Nordrassil Wisp, and Silky Moth all hail from only this zone according to Wowhead.

Speaking of unique battle pets, be sure you get the ‘Egg Wave’ quest while you’re out here. You have your choice of either the Blue Mini Jouster or the Gold Mini Jouster. This is basically a 3D Joust mini-game. The portal to it can be found at (38, 58) if you have a coordinate addon. If you don’t, it’s the blue one right behind Tortolla once he’s freed.

(If you’re unfamiliar with Joust, well, it means I’m old.) 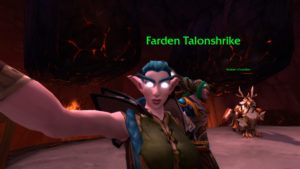 Don’t count your Jousters before they hatch. Whichever one you don’t pick you have the option of getting out of the achievement “The ‘Unbeatable?’ Pterodactyl: BEATEN.”

Toy-wise, there’s a really neat item if you continue playing through the story of the Molten Front, Leyara’s Locket. Who doesn’t want to be a fire druid at least for a little while?

The vendor Varlan Highbough in Molten Front also has the toy Mylune’s Call. 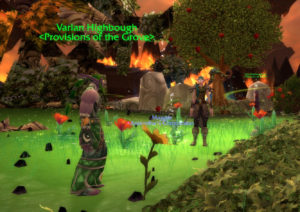 Meanwhile, Ayla Shadowstorm sells the Mushroom Chair. She’s over by the moonwell near Varlan. 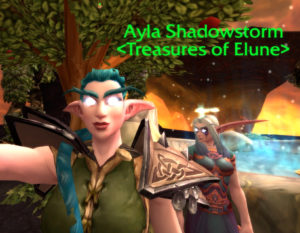 Finally, while you’re here, start working on the achievement ‘The Molten Front Offensive‘ to get your hands on the Flameward Hippogryph. 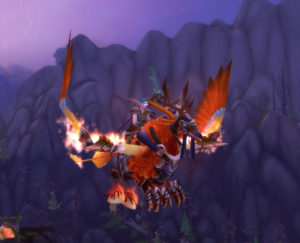 Good luck on the random drop luck being in your favor!