Postcards from Azeroth – Caverns of Time 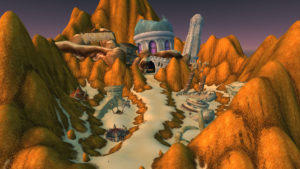 Entrance to the Caverns of Time.

In the far eastern reaches of Tanaris lie the Caverns of Time. Marked by crumbled remnants of past architecture of various styles, the entrance tunnel corkscrews deep into the ground, to open up into a massive cavern with several tunnels leading out from it. In the centre is the great sand clock, its grains pouring unendingly through several hourglasses. Two bronze dragons lie beneath, Anachronos, the child of the Bronze Dragonflight’s leader Nozdormu, and Zaladormu, who has a role only during Children’s Week when adventurers visit with their orphans in tow. 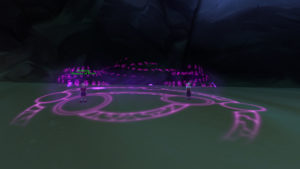 Andormu and his sidekick Nozari.

If a player is of a high enough level, the Steward of Time, hovering at the entrance to the tunnel, will have a quest to speak to the master, and he will fly the player down to speak with Andormu. He, and the child Nozari standing nearby, are odd in that their adult selves also exist simultaneously; the adult versions can be found near the entrance to the Well of Eternity.

If a player opts to fly themselves, about halfway down the tunnel, on the right, they will see a small doorway, with a man standing in the room beyond. This is the aptly-named ‘Tavern of Time’, and the man is Alexston Chrome. He doesn’t sell much, aside from five BC-era beverages.

The Caverns are extensive, offering access to a variety of places at various times. The number given is the minimum level required for entry.

Wrath of the Lich King 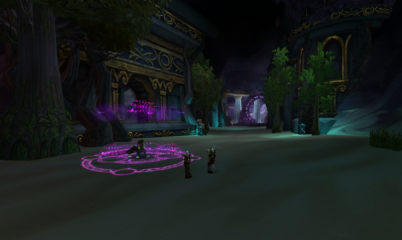 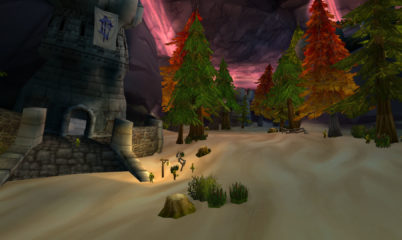 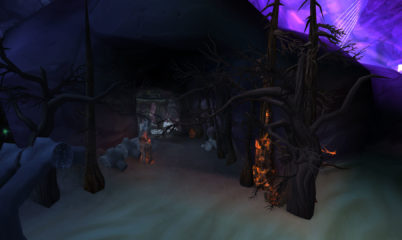 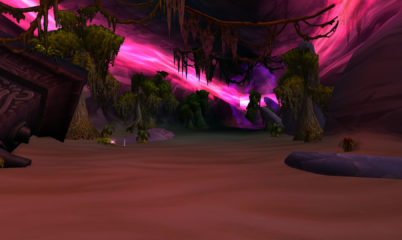 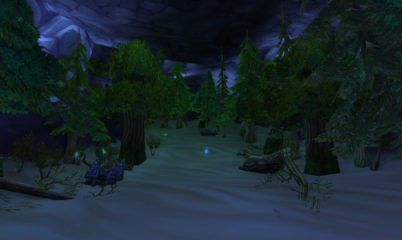 The faction associated with this place is the Keepers of Time (not surprisingly). Aside from the introductory quest in which you’re taken on a tour of the Caverns (much like the tour of Shattrath City by Khadgar’s minion), the only way to gain reputation with them is to repeatedly run through the BC dungeons. The quartermaster, Alurmi, sells mostly jewelcrafting designs, although a few items of armour, a sword, a trinket, an alchemy recipe and an enchanting formula are sold as well. At Revered, Zephyr in the World’s End Tavern in Shattrath City will offer a teleport to the Caverns. It is far easier, however, to use the Caverns of Time portal in Dalaran’s Violet Citadel, as it does not have a reputation requirement.

Roaming around the massive platform in the Caverns’ centre are two member of the Scale of the Sands, led by Soridormi, the primate mate of Nozdormu. This is the faction associated with the Battle for Mount Hyjal raid. Earning reputation with them is done by running through the raid. The first wave of mobs in the raid grants no reputation, but subsequent ones, and the bosses, do. As with the Hydraxian Waterlords, players get nothing for their reputation-grinding efforts except The Scale of the Sands, which counts towards Raid Representation. Getting to Exalted will take 5-6 full clears of the raid (perhaps less under the influence of a reputation buff). 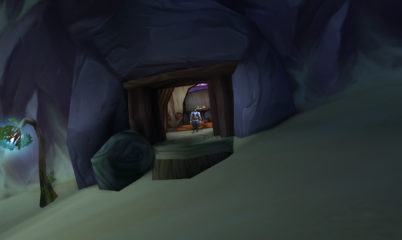 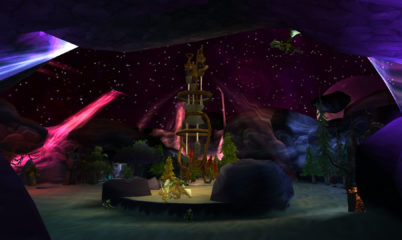 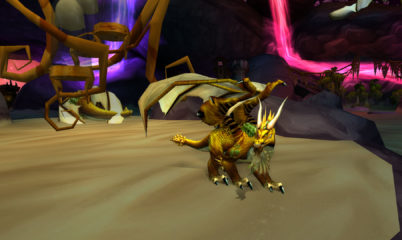 Both Soridormi and Arazmodu offer the same quest, The Vials of Eternity. Completing this quest was originally part of the attunement for the Battle of Mount Hyjal raid (and both of the raids to be visited for the quest also had their own attunement — fun!) but as with all attunements before Legion, they are no longer required.

Petwise, the only pet to be found in the area is the Infinite Whelpling, a cute little beggar of timey-wimey naughtiness.