As I had done a Throwback Thursday set in Un’Goro Crater (among other places), I thought, ‘Why not do a postcard for this lush jungle paradise?’

Un’Goro Crater is similar to Australia, in that everything except the friendly NPCs is trying to kill you. However, it differs from Australia in that almost every inch of it is covered in lush green plantlife, with the exception of the somewhat volcanic Fire Plume Ridge in the zone’s centre.

Dinosaurs and their relatives saunter all over the zone, presenting a constant danger for anyone of the appropriate level travelling through. In the southern reaches, one will find an area where silithids have set up shop, and to the northeast a small group of gorillas has taken up residence in a cave.

Despite the humid jungle environment and the nasties wandering around, there are two settlements – Marshal’s Stand and Mossy Pile. The former location is where the varied members of the Marshal Expedition have shifted to after the Cataclysm. Previously they were located in a cave at the northwestern edge of the Crater, named Marshal’s Refuge. The famed amnesiac adventurer Linken could be found here, as well as the apparently much-missed Dadanga, a constantly hungry pack kodo. 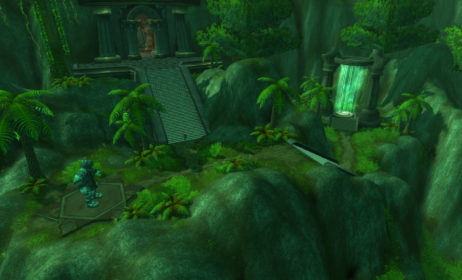 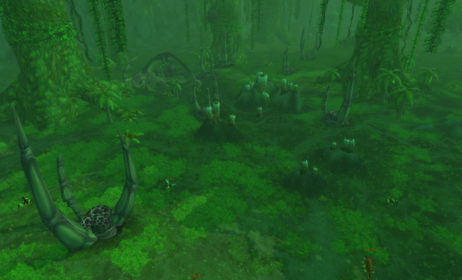 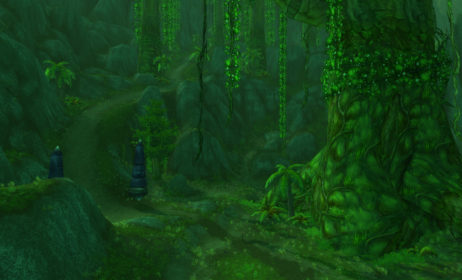 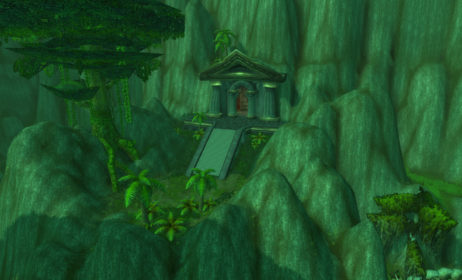 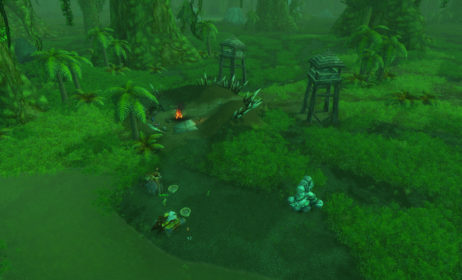 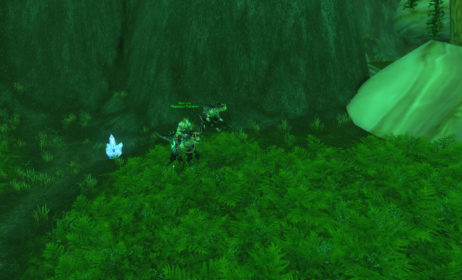 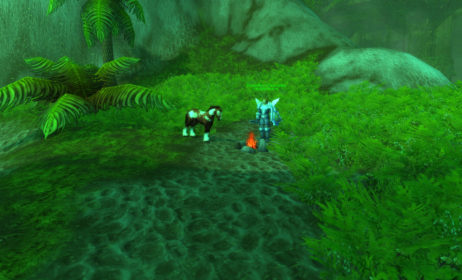 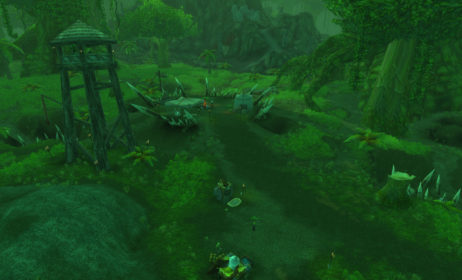 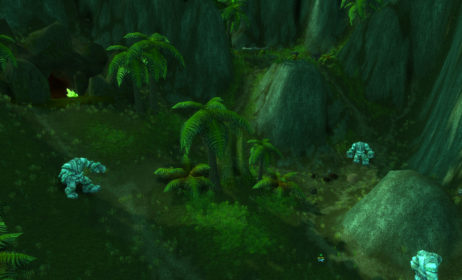 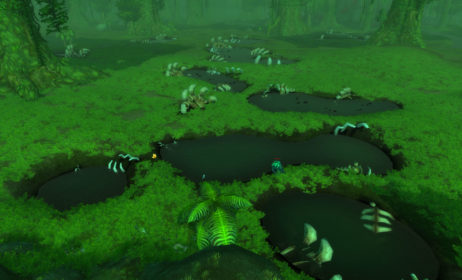 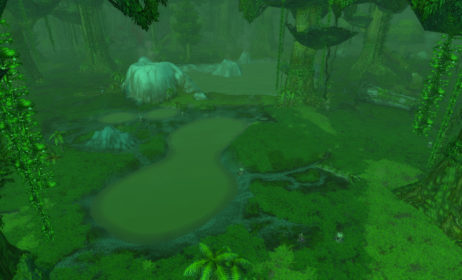 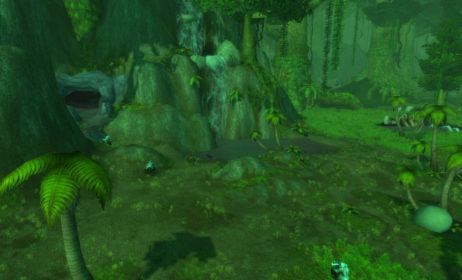 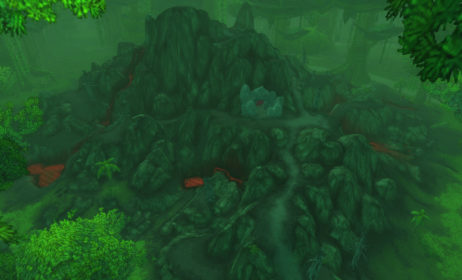 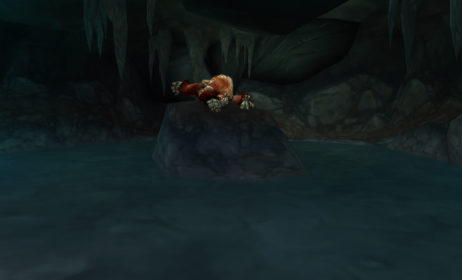 Un’Goro Crater makes many references to popular culture. Some of the NPCs in Marshal’s Stand are taken from Land of the Lost, a 1970s TV show produced by Sid and Marty Kroft. Linken and Dadanga alluded to characters from Nintendo’s Legend of Zelda games. Another NPC, Spraggle Frock, naturally plays on the Jim Henson-produced Fraggle Rock. The brightly coloured power crystals that litter the zone, and the three energy pylons to the north, west and east are also from Land of the Lost, in which they opened interdimensional portals. To the west, at the Golakka Hot Springs, Maximillian of Northshire can be found. He is very much the embodiment of Don Quixote, who was famed for seeing the world through heroism-clouded eyes.

To the northwest on the far side of Fire Plume Ridge, is the small fortified camp of Mossy Pile. There is not much here, aside from a flight master, a repair vendor and some quest givers. If one follows the road northwest, one will see the only ground access to the dusty zone known as Silithus.

In the other direction, towards the southeast, the road winds through shallow pools towards the southern exit, which leads steeply up to the desert of southwestern Tanaris. This is the way by which most players will enter the Crater. At the bottom of the cliff, just to the right, one will find a worgen and tauren giving a quest each. Behind the nearby rocks is a troll quest giver on a venomhide raptor. This fellow, Mor’vek, will start you on a short quest chain that eventually awards the Whistle of the Venomhide Ravasaur* after twenty days of doing a daily quest.

* Note that this mount is Horde-only. The Alliance equivalent, Reins of the Winterspring Frostsaber, is awarded from a similar quest chain at Frostsaber Rock in Winterspring. That chain also awards reputation with the Wintersaber Trainers, as back in Vanilla, the rep grind to Exalted was a long, arduous task. The Ravasaur mount was added in WotLK for the Horde, and Patch 4.1 brought the Alliance chain in line with the Horde one, thus making the rep grind obsolete.