How is everyone progressing with their falcosaurs?

Personally, I’ve nearly completed one and have just started on my Snowfeather, so I thought now would be a good time to work on talking about unlocking a reputation: Talon’s Vengeance.

So how do you unlock them? Well, you need to get at least one falcosaur finished off in a full quest chain.

I guess we should start with getting a falcosaur…

To get a falcosaur, go to one of four “Falcosaur Swarm” world quests and kill the Matriarch. You need to make sure you have the appropriate snack related to the pet you want to catch and that the world quest is actually active.

I’d strongly recommend an addon like TomTom so you can throw in the coordinates as you enter each zone.

You need only 1x of the snack, so shift-click on the vendor item to save some gold if you want. Oddly, you get the snack refunded to you after you tame the orphan, so this is a carry only item and you can vendor it or eat it yourself afterward.

How about fast ways to get a falcosaur to level 25?

Well, I got my first falcosaur to 25 by doing the pet world event and (finally!) winning the required PvP pet battles with the following team:
Graves: 1, 2, 1
Bronze Whelpling: 1, 2, 1
Electrified Razortooth: 1, 2, 2

Find a team that works for you, naturally (and fits your pet roster), but I had really good luck with this one.

Another fast way to get a level 25 is to unlock the garrison on a demon hunter, if you haven’t done so. You need to accept the quest that sends you to Pandaria (for some odd reason) and then take the portal to Ashran in your capital city. Once you do, you suddenly starting your opening garrison quests.

If you have 25 Flying battle stones lying around, that would also be a nice fast way of doing it. Otherwise, you’re going to be doing it the old fashioned way. 😉

The other thing to keep in mind is that if you use a 25 boost stone, you’re eventually going to get it back to use on either another falcosaur or another pet because part of the quest chain gives you another 25 boost stone.

It’s a time-consuming grind, especially since you can only do one of these quests a day. To me, just the mount reward was worth it, not to mention the toys, bonus level 25 pet, and possibly some caught wild pets though.

Here’s what you’ll have to look forward to (Direbeak Style). 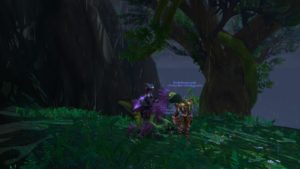 So let’s peek in at our timid little Snowfeather… 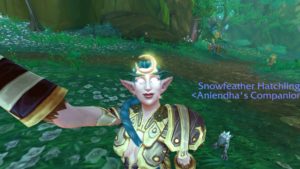 Quest 1:
His first quest, which is typical of all of them, is after getting to level 25 to go meet one of your faction’s races. The Snowfeather is curious about Humans for Alliance.
Quest 2:
Now it’s time to go hunting for some Northern Hawk Owls! If you don’t have any pet bandages, be sure to hit up a world quest that has some, just in case.The Ironhorn Enclave flight point is going to be your best friend for this quest, and if you don’t have it, heading to it will also help you complete this quest. If you don’t have the flight point, Stonehoof Watch is another good place to start.The most important thing to remember about these battle quests is to not let your Falcosaur die. I found that on this one, my Snowfeather could easily kill the Northern Hawk Owl itself with Squawk, Swarm and then Predatory Strike. From there, it just depends on what else spawns with the owl. I mixed up my team so that I wasn’t all the same type to play it safe with a Bronze Whelping and Ash Lizard.

Another important note is to ensure your Falcosaur sees battle. If it doesn’t see battle, it sometimes doesn’t give credit.

While the pet tracking helps, be sure you look up for these owls. Once you get under them you should be able to trigger a battle. 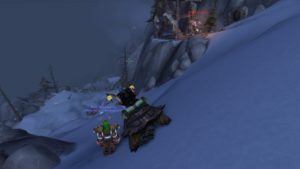 Quest 3:
The Snowfeather hatchling must feel lonely. It now wants you to see and complete five world quests in Highmountain. Since we’re not in a rush (unless you are) may as well… kill two birds with one stone and wait for them to be up as an emissary. When I did it, there seems to have been a bug so any world quest counted. Your mileage may vary.
Quest 4:
Snowfeather hatchling wants you to beat three pet battle world quests.Nothing ever satisfies you, eh little guy? Fine, on from just doing world quests to doing pet battle-themed ones!When this came up for my other Falcosaurs the addon “Rematch{link10}” was quite helpful because technically you just needed to finish the three WQs with your little demanding friend out. You don’t need to actually have it as part of the pet team itself so the addon’s option to “Keep Companion” in the Misc Options section will resummon your Snowfeather so it’s present when you win.

The other thing to keep in mind is if there aren’t enough pet battle world quests that you have a team ready for, but you have multiple 110s, you can repeat the same WQ on multiple characters to get this done.

Quest 5:
The little bugger is starting to get bloodthirsty! Now you need to go forth and complete a rare elite world quest. These would be any of the blue-backed golden dragon quests on the map, usually associated with the Wardens.
Quest 6:
Spiketail Beaver hunting!So here you take your Snowfeather Hatchling and toss it in a team with two other pets and hit Highmountain. If you don’t find the beavers in the areas highlighted on your map for the quest, don’t fret. What you need to do is kill the critters in the area and in time they’ll respawn as pet battles that you can hit. It may take a bit for this to happen. My only assumption is that Blizzard purposefully made this step harder as a way to gate out those who were wanting to coast through.
Quest 7:
PvP World Quests!Now, if your first reaction is “Oh no, not pvp!”, fear not! From my experience doing these, you’re basically getting flagged for PvP in an area and then going forth and killing all the opposite faction’s NPCs. I have yet to actually PvP in a PvP area.These world quests are specially marked on the world quest list, so you can either hold them for specific emissaries or go forth and attack. Just be sure you have your Snowfeather hatchling active and out to watch the carnage.
Quest 8:
Snowfeather wants an adventurer’s backpack of its own! This is a fast quest to complete and sends you to “Glorious Goods” in Broken Isles Dalaran (the store to the right of the well).Run up the stairs, buy the pack it wants from Susana, and you’re done! 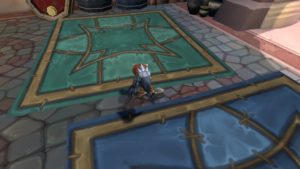 Starting to look fierce! (It’s using two of the other toys also gained through the falcosaur quest lines.

Quest 9:
This one is extremely specific. Go to Highmountain, put the Snowfeather and two other Flying pets on a team, and beat up Mudshell Conches. Since these guys are critters I went with a Sharptalon Hatchling and a Sea Gull since they both have beast abilities.Once set, it’s time to head to the Northern coast of Highmountain to wallop these guys.
Quest 10:
It’s time to run a dungeon! You’ll need to head to Neltharion’s Lair with your hatchling and have it see you take down Naraxas.
Quest 11:
Time to hunt down some Coralback Fiddlers! You’ll have to head to Highmountain and ensure you have two elemental pets accompanying your Snowfeather as you prey on the fiddlers.
Quest 12:
We’re almost there! Snowfeather, like the Sharptalon, requires you to visit the Emerald Nightmare and take down Ursoc (Sharptalon required you to take on Xavius).Not to worry, you can complete this on LFR.

Once you hit this step, you’re almost done!

You’ll get a fresh auto-25 pet stone from this quest. Perfect to give another falcosaur a boost if needed.

Quest 13:
Now it’s time for the Snowfeather Hatchling to team up with two Undead pets and for you to defeat three WQs with that team.
Quest 14:
It’s time to fly to Felbane Camp, Highmountain for this final quest. Congratulations! You’re about to get yourself a new mount.Time to go back to where this whole thing started. 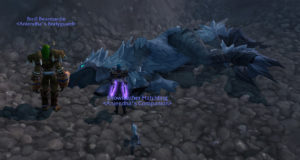 Bandage up the matriarch, and then you’re the proud owner of a Snowfeather Hunter, congratulations! 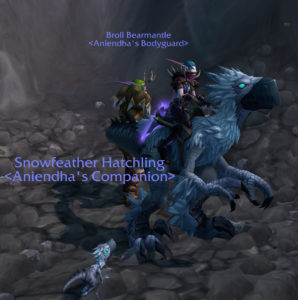 Talon’s Vengeance
Okay, so this whole chain and all the work required to get this mount was fun, but what does this have to do with reputations?

Now that you have a falcosaur-related mount, you can go to Sylvan Falls, Highmountain flight point and head to the little island overlooking Val’sharah.

It’s right behind the flight master if you’ve never visited there. 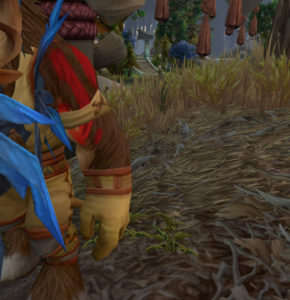 Mount up, and talk to Aviana. She’s going to have a new dialogue option for you. 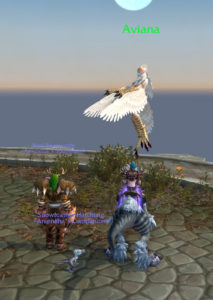 This sends you to Trinket. 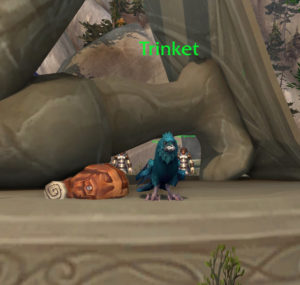 The little helpful crow will now sell you an Ivory Talon. With this item, and some luck, you’ll be able to begin farming/grinding reputation, which eventually lets you buy the Ivory Hawkstrider at Exalted.