Doctor: I’m afraid I have some bad news for you. I reckon you have about six months to live.
Patient: Is there anything I can do?
Doctor: Start playing World of Warcraft, and grind rep in Silithus. It’ll be the longest six months of your life.

Yeah, Silithus. Everyone’s favourite zone to hate. Despite the rest of the world moving on, Silithus has stayed uniquely untouched, unloved and unvisited. (Go Alliteration U!)

This sandy mountain-girt corner of Kalimdor doesn’t have much to recommend it. It has one major settlement, that of Cenarion Hold, run by the druidic faction of the Cenarion Circle. To the southeast is the ruined, insect- and ghost-infested ruins of Southwind Village. Several outposts of Twilight’s Hammer cultists can be found dotted around. Three silithid hives occupy large areas in the north, west, and southeast. The southwestern corner holds Ahn’Qiraj, the original home of the silithid race known as the Qiraji.

When level-appropriate players arrive here, it’s on foot, via the steep path leading up from the northeastern wall of Un’Goro Crater. The environmental change is stark, from lush green foliage to a drab brown desert. The road continues in a southwesterly direction, turning to the west to direct the traveller to Cenarion Hold. Here can be found the majority of the quests available in the zone. Most of the inhabitants are neutral, but the flight masters for each faction are separated, with the Alliance master up above the Horde one.

Quests, for the most part, task players with reducing the population of various nasties. This can take a while, even though the zone is often empty of other players, as the mobs can be far apart. A wanted poster quest directs players to the southern mountains to kill Deathclasp, and this should be done in combination with Noggle’s Lost Satchel, to save making the long trip twice. In saying that, near to that location can be found a dwarven encampment, which will send players into Hive Regal, so the scorpion quest turn-in could be delayed for a time, as the end of the dwarves’ quest chain sends the player back to Cenarion Hold.

Some quests deal with the Twilight cultists. The texts they drop can be turned in at Hermit Ortell, hiding in a cave on the eastern border. Once his quests are finished, he will offer to decrypt more articles and will mail a reward bag in a few hours that has a chance to contain some rare cloth or plate crafting patterns.

Silithus is also technically a PvP zone. If you’ve ever wondered what the counter at the top of the screen was, then wonder no more. The counter keeps track of how many collections of ‘Silithyst dust’ have been turned in at their respective faction’s collection points. This dust comes from geysers that randomly spawn throughout the zone. Players must find a geyser, collect the dust, and return it. Doing this will flag players for PvP combat, but given the vastness of the area, and the lack of people, being killed by another player is a remote possibility. The reward isn’t worth the time it takes to do one collection, awarding only 3 Honor and very little money. When the counter reaches 200 for one faction, it applies a zone-wide buff for the winning faction until the weekly reset. However, it seems that one must be level 63 or lower in order for the counter to increment.

The quests in Silithus are few enough that one requires only completing 19 to be awarded Silithus Quests. Completing quests will award reputation with the Cenarion Circle, which is necessary for obtaining the so-called ‘Tier 2.5’ gear from the Ruins of Ahn’Qiraj instance. All kills within the Ruins, and turning in Qiraji Lord’s Insignia from the Temple instance, will add to the reputation, so grinding it out is fairly quick. Check out this guide, which I’ve also contributed to, for more ways to get CC rep.

Until Cataclysm, it was possible to summon various elemental lords at the large floating stones in various parts of the zone. This required obtaining items of clothing from Twilight cultists and a couple other items to summon them. In an upcoming patch featuring micro-holidays, these lords will apparently once again be summonable, during the applicable holiday. 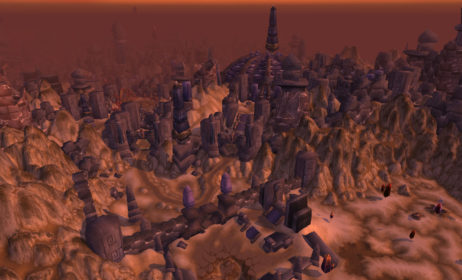 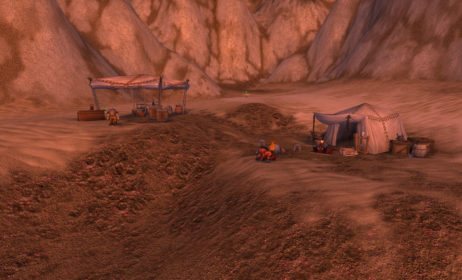 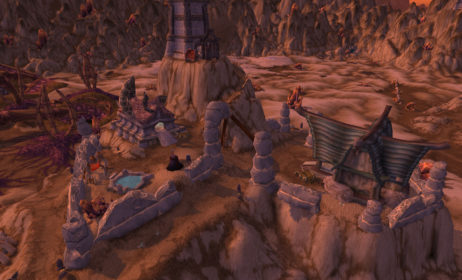 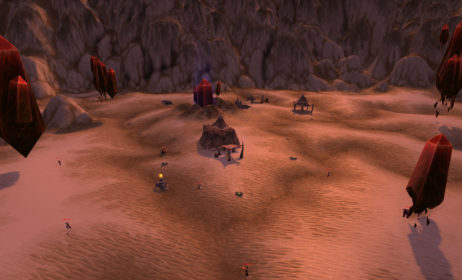 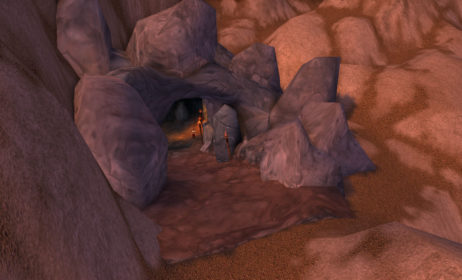 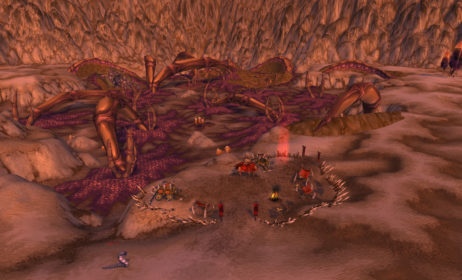 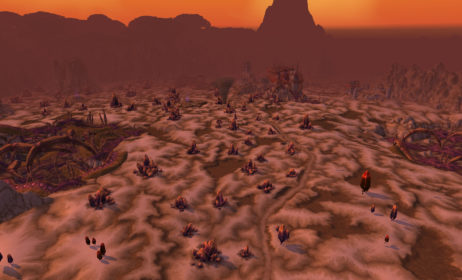 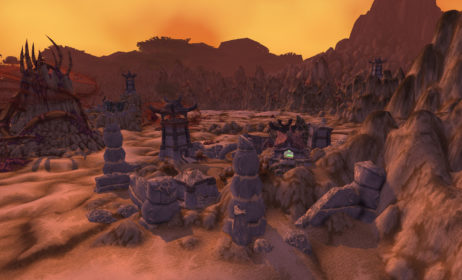 Silithus was the scene for the War of the Shifting Sands when Horde and Alliance forces joined with the dragonflights to deal with the menace of the Qiraji invading from deep within Ahn’Qiraj. They were eventually locked away inside their city, but it was a pyrrhic victory. Fandral Staghelm, Archdruid of the Cenarion Circle, lost his son, and in a fit of rage broke The Scepter of the Shifting Sands, which was crafted in case it was ever needed to go into Ahn’Qiraj at a later time, into pieces. The pieces were gathered up and entrusted to the red, blue and green dragonflights. This led to a massive server-wide campaign to open the Gates of Ahn’Qiraj and wage war on the Qiraji within, in which players could contribute to the war effort with supplies they gathered, and help their Chosen One (which was likely to be someone in a top guild) to assemble the Scepter to bang the gong on the Scarab Dais to open the Gates. The epic quest chain was unfortunately removed in Cataclysm.

Silithus also has a connection to the Molten Core. Killing rock elementals in the Crystal Vale, in the northwestern corner of the zone, will award reputation with the Hydraxian Waterlords (see this post for a previous blog article on them), up to Honored. This is the area in which players will fight Thunderaan to obtain Thunderfury, Blessed Blade of the Windseeker.