Roughly in the centre of the area known as Grizzly Hills lies, quite literally, the failed world tree Vordrassil. Its mighty trunk lies in three pieces in a roughly east-west line.

Thousands of years ago, the original world trees, G’hanir, was brought low by the death of Aviana in the War of the Ancients. A single branch was left, which later became Nordrassil. That was planted over the new Well of Eternity on Mount Hyjal to shield it from the Burning Legion.

Archdruid Fandral Staghelm thought that if Nordrassil could shield the Well of Eternity, perhaps the same could be done for the menace of saronite deposits that had begun creeping across the world. Unbeknownst to Malfurion Stormrage and the Cenarion Circle, Staghelm took some branches from Nordrassil and planted them over the saronite deposits.

When the other druids found out, they were livid, but as the plan seemed to have worked, they reluctantly admitted that maybe it had been a good idea, even if they didn’t sanction it.

A few decades passed, and all seemed well; the spread of saronite had been halted and contained. The trees flourished, and the largest of them was named Andrassil, ‘Crown of the Snow’. Eventually reports filtered through to the druids about rising tensions between the taunka and the forest nymphs, who had previously coexisted harmoniously, to the point where all-out aggressive fighting had broken out. Upon investigating, it was discovered that the problem lay in Andrassil itself. Its roots had dug so deep into the world that they had penetrated Yogg-Saron’s prison, allowing the Old God to corrupt the world tree, and thus spread its malevolance throughout the region.

The Cenarion Circle had no choice but to have the tree destroyed. It crashed to the ground and broke into three major sections, thereafter known as the Heart, Limb and Tears of Vordrassil, ‘Broken Crown’. The stump was later taken over by furbolg tribes, and became known as Grizzlemaw. The other remnants show signs of the corruption that had infested Andrassil, with oozes and corrupted wildlife moving around.

The other trees were also corrupted, to a lesser extent, but they provided a way for the Old Gods to insinuate themselves into the Emerald Dream and spread their pollution, but that’s a story for another time… 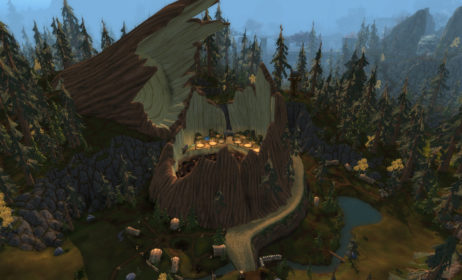 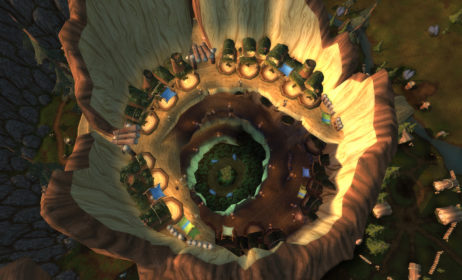 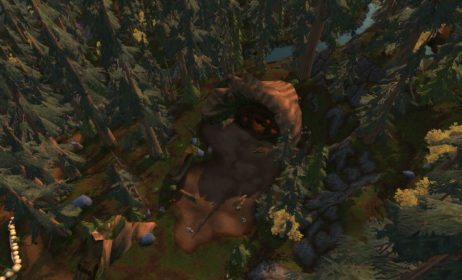 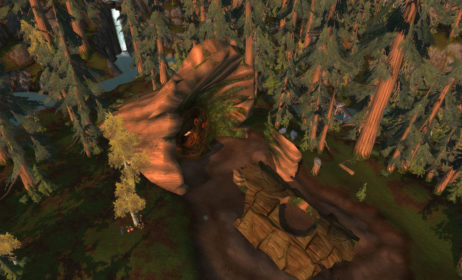