“That’s the problem with this country: everything is in red!” — Vladimir, in the 1997 Don Bluth film Anastasia

Bloodmyst Isle is indeed quite red, covering almost the full spectrum of crimson hues. The island lies to the north of its larger neighbour, Azuremyst Isle. Both islands, and a number of smaller ones, lie far off the coast of northwestern Kalimdor, to the southwest of the night elves’ home of Teldrassil.

The isle wasn’t always that way. Thousands of years ago it was called Silvergale, and the night elf city of Loreth’Aran stood proud, its inhabitants blessed by the Green Dragonflight. Ysera herself allowed certain elves to ride upon the backs of her brood, and they rode into battle as the Dragon Riders of Pern Loreth’Aran.

However, during the War of the Ancients Deathwing took umbrage, and he sent his lieutenant Razormaw to destroy them. Although the horde of black dragons took heavy tolls, Loreth’Aran was annihilated, and the dragonriders were wiped out. Today, only scattered remains of the once glorious city remain, along with the spirits of the green dragonflight that were massacred, and the only remaining member of the dragonriders, Prince Toreth is a ghost on Wyrmscar Island, telling adventurers of what happened so long ago.

More recently, Silvergale became corrupted when the dimensional ship Exodar crashed into Azuremyst Isle. Parts of the ship were scattered across both islands, but Silvergale bore the brunt of the accident when part of the Exodar‘s engines, the Vector Coil, landed on it, and started spreading its radiation. Over time the land was corrupted, and developed the strange red mist and soil that now gives the isle its current name of Bloodmyst.

Blood elf saboteurs who survived the landing are harnessing the power of the Vector Coil to empower themselves and bring more of their kind through a portal from the shattered remnants of Draenor, now called Outland. The draenei, appalled at the damage their craft had done to the environment, have set up the outpost of Blood Watch as a hub of operations. Draenei adventurers who complete all the quests here will receive a standing ovation from everyone they’ve met, and also receive Tabard of the Hand, available only to draenei.

The wildlife is, unsurprisingly, rather hostile, and adventurers will encounter bears, furbolg, satyr, naga, spiders, crazed moonkin and ravagers. Oh, and murlocs – can’t forget them. The Ravager Hatchling is obtainable only from this island (and the smaller offshore ones) and can generally be found all over the place. 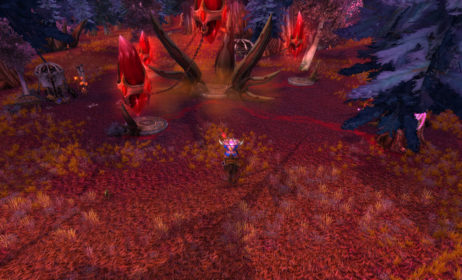 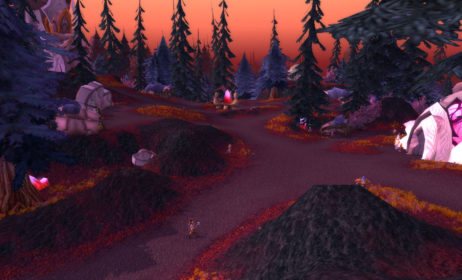 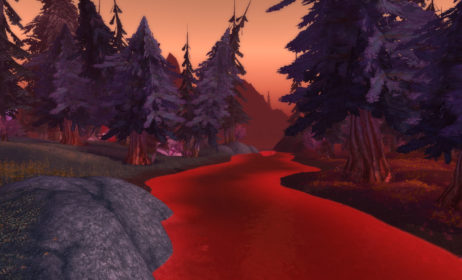 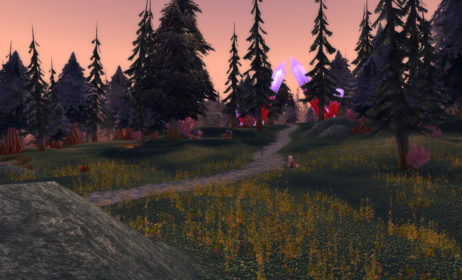 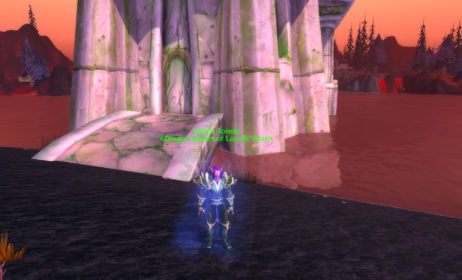 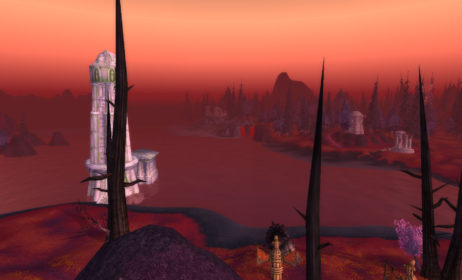 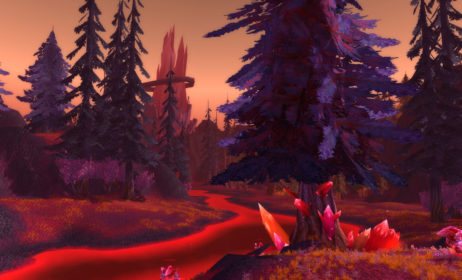 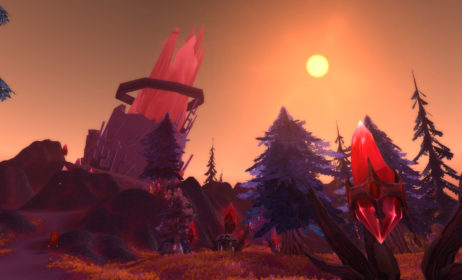 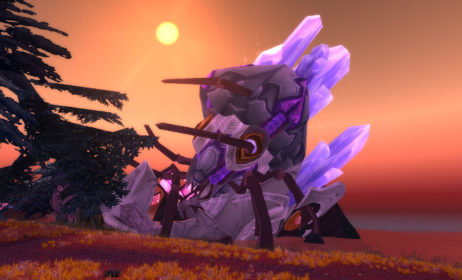 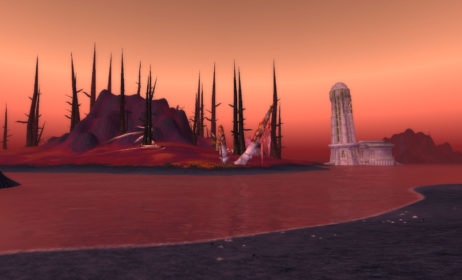