I’ve been avoiding spoilers pretty heavily, so all I really know is what was announced at Blizzcon: Teldrassil burns soon™.

Since Battle for Azeroth is still in alpha, this news gave me flashbacks to Cataclysm and all the changes to the world that happened then.

My personal assumption is that at the base of Teldrassil we’ll have a member of the Bronze Dragonflight ready to send us back like we currently do in Silithus and Theramore, but you never know.

For my own piece of mind, then, I decided to hop on my Night Elf druid and take a flight around Teldrassil, just in case.

This, only naturally, then made me nostalgic for Darnassus itself and how the Night Elf areas looked even pre-Cataclysm too.

Time to hit the screenshot folder as we walk the path of memories. 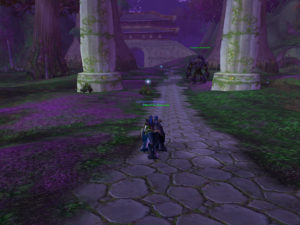 Darnassus itself is where most of my screenshots seem to reside… 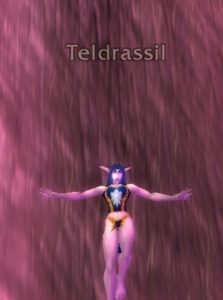 …so let’s start there in the Temple of the Moon. 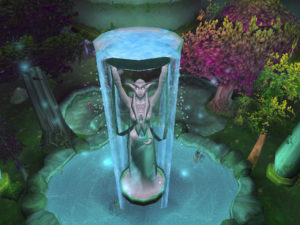 Perhaps even stop in and say ‘hi’ to an older model of Tyrande? 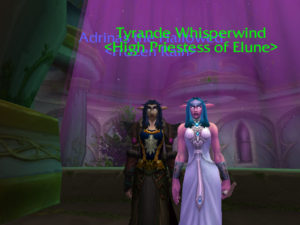 For a city, the place is sure crawling with wildlife and wisps. I guess we’ll blame the druids. It’s one of the things that stood out to me as I first ventured into Azeroth. 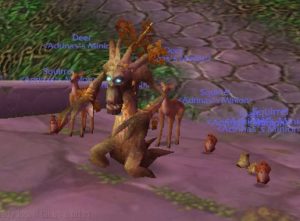 The city has a lake (or pond or river system) that spawns boats during the Love is in the Air festival. It felt more natural than the controlled waterways of Stormwind and the strange empty canals of Ironforge. 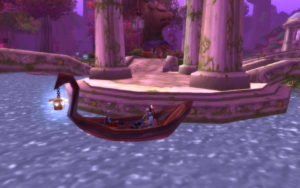 The bank itself takes a fairly central role in the layout of the city, keeping a watchful eye on everything. 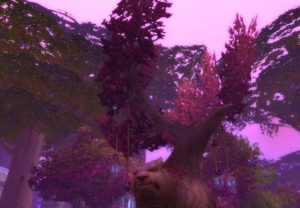 Riding up the central street from the bank off to the left you can see the druids and the on right somewhere is the auction house. I never had much luck finding it myself and would only find out about the whole auction house ‘thing’ much later when I finally managed to get to Stormwind. 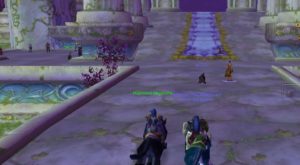 The winding forest paths give the relaxing impression of the traditional ‘enchanted elven wood’ from other fantasy settings. 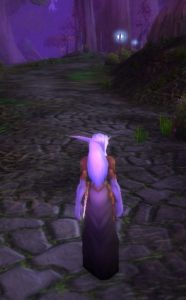 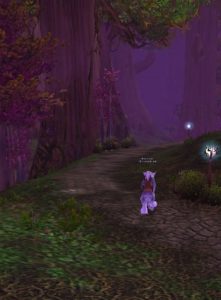 Up on Teldrassil, there are a few different sub-zones. Shadowglen is the starting area for any fresh Night Elf and Dolanaar is a great place to meet your new character’s doubles. 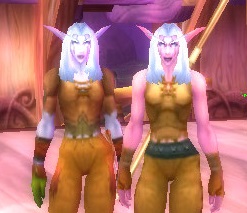 While the stories told have naturally changed, the cataclysm didn’t actually leave much of a mark on this great tree.

It did leave its mark on the populace though. A flight from the base of Teldrassil will quickly reveal how much has changed in the world. 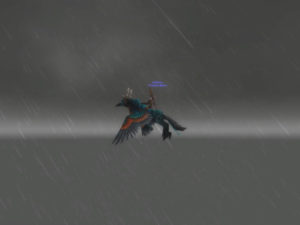 While I worry about what is to become of my Night Elf compatriots as Battle for Azeroth begins, hopefully we’ll have a bronze dragon to let us revisit this place… and if not, we’ll always have our memories of Teldrassil.