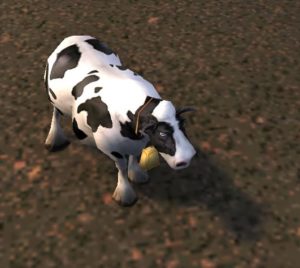 The Pygmy Cow is obtained from a level 3 barn in your (and only your) garrison.

To get to the level 3 blueprint, you need to get Master Trapper, which requires placing 125 orders at the barn. The total cost for the building is 2,950g and 1000 garrison resources. If you have plenty of garrison resources, you can also buy a rush order for the barn to complete five orders instantly, for 1000 resources.

I recommend either trapping the things that give you leather (Clefthoof and Elekk), or the things that give you fur (Talbuk or Wolf), unless you’re trying to make food for a raid, or your server has meat more in demand, as you might as well make gold from this. I would grab enough to keep you going for at least a few days, as it doesn’t take too long when you get into the rhythm of it. If you’re having issues one-shotting them, I found success in putting the trap down right on top of the beast, and then throwing a dot on it. The initial damage probably won’t kill it (unless you get a crit) but the first tick will.

As Alliance, you can exit your garrison and go to the east to find plenty of elekk and wolves. Horde seems to be best off either also going there or just going to Nagrand.

Starting at level 2 you can have a follower with Skinning working there to increase production. There are three followers guaranteed to be skinners: Hulda Shadowblade, Dark Ranger Velonara, and Goldmane the Skinner.

When you finally get your level 3 barn, you have to look for a Glass of Warm Milk (H)/Glass of Warm Milk (A). It can appear both upstairs and down, and it doesn’t sparkle. If you don’t have Draenor flying, it’s best to look up a video for a series of awkward jumps. People have reported not being able to see it until they swapped where the building was using their garrison architect table, which you can also use to try and get it to move spawn locations, and there are also reports of having a follower assigned messing with the spawn. Regardless, it might not be up when you first upgrade it. It has an about eight-hour spawn time. Just check both spots whenever you hop on.

I think there are more spawn locations than what I was able to find, but these are the most common ones. 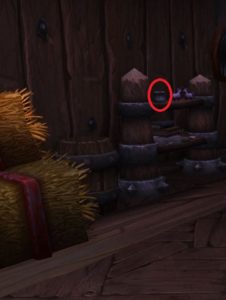 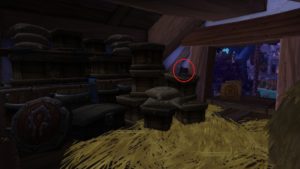 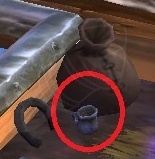