!! REMINDER !!
Official communication will be done over the forum - not in game. Check your Private Messages.

Introduction
Play Bingo with us!

Drawing
Winners for all anniversary games will be drawn between January 1st and January 6th. Winners will be announced on January 8th.

Choosing Winners
Everyone who gets a BINGO will be entered to win. You can earn up to 3 entries. Rules How To Enter

How To Participate
Used the colored daubers to mark a number when the number has been announced. Cards are stored in OneDrive Powerpoint Presentations so you can fill out your cards without needing to download anything. Card changes made at your individual URL will be auto-saved and the card is automatically submitted to Wakamaru.

Each Bingo is worth 1 entry. You can earn up to 3 entries from horizontal, vertical, or diagonal Bingos as shown below.

Examples
When you earn a Bingo post another response to this thread including the letter+number combinations for the bingo earned. Do this each time you get a Bingo. For example: In the horizontal example above the bingo would be "BINGO! B11, I20, N43, G48, and O72!".

You will also have a place next to your Bingo card to track your bingos.

Because cards are being completed via URLs you do not need to submit them for the event. Wakamaru will already have access to them.

Due to ongoing issues with Twitter and numbers displaying properly for all members, numbers are now being called on the forum.

You can backtrack numbers if you miss a day. You must have all of your numbers highlighted on your card by midnight ET on the 30th. All bingo's you plan to announce must be announced by the 30th.

REMEMBER: All of the numbers on your card may not be called! Because this isn't a traditional Bingo game where we get to 1 bingo and stop, we've intentionally left out a batch of numbers to make things a little more challenging. 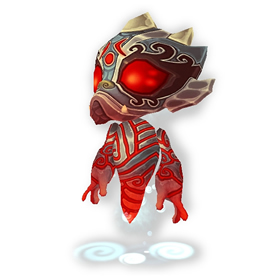 Ruby Droplet
Or you may choose from the following...

Please be advised that this is a shared prize list and many pets are very limited in quantity. If you win you will be asked to pick 5 pets and order them according to which you want the most. If one is not available, the next pet on the list will be sent.

Prize Claim Deadline
Members entering giveaways and events are expected to be courteous to others also entering. Prize winners will be sent a private message on the A3 forum containing information about claiming their prize(s). Members will have 2 weeks (14 days) to [1] respond to the PM if a response is requested and [2] claim their prize(s). If after 2 weeks no response has been received or the prize(s) haven't been claimed in-game the win will be forfeited to another member. A new winner will be drawn for the prize(s).

If an issue arises that interferes with your ability to claim your prize then you must contact Wakamaru asap to make alternative arrangements.
Top

Notes Questions & Answers
Q: Can I participate without entering for the prizes? (ie. if you don't need them)
A: Yes! If you would like to participate in the conversation / task without entering to win, please copy the following form to do so. Insert your message(s) between the "nonentry" and "/nonentry" bbcode brackets. [nonentry][/nonentry]

Send me a bingo card

May I have a card please?

Non-Entry Post
May I have a card for funsies please?

may i have a bingo card please
Top

May I have a Bingo card, please?

I would love a Bingo Card please

can I have a bingo card
Top

I would like to play please! (:
Thank you!
Top

Could you please send me a Bingo card?