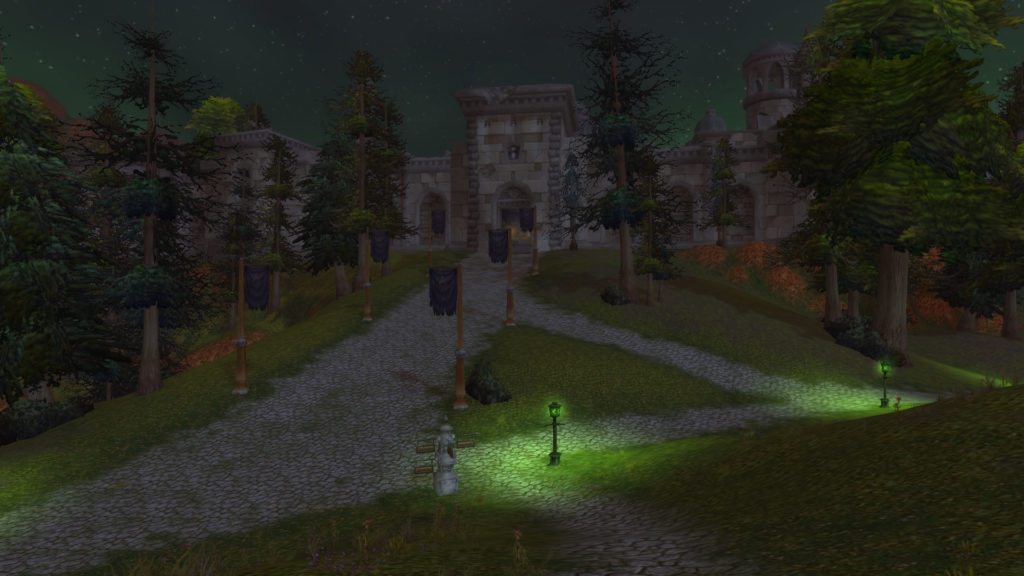 If anyone were to describe the Undercity, they might very well say it’s dark, dank and dreary.

Travel agents would say that it’s never a good time of year to visit, before offering you a cheap deal to the sunny beaches of Stranglethorn Vale.

For those who love the colour green, however, the Undercity is paradise. The famous canals and sewers flow with verdantly glowing fluid (it’s mostly harmless), moss and algae are cultivated over the very stones to create a certain ambience, somewhat toxic miasmas drift through the halls and abominations with a host of identity issues (due to their unique construction) patrol the city.

The average person is not likely to fall under the charms of the Undercity, but for the former humans raised from the dead and now called the Forsaken, it is home.

Originally constructed as the capital of the kingdom of Lordaeron, it was partially repurposed as the base of Prince Arthas’ Scourge operations, but with his recall to Northrend by the Lich King, Sylvanas Windrunner, having broken free of his control, took her forces to the city to take it over. Years later, it is now the capital of the Forsaken race.

The city is divided into several sections.

The Ruins of Lordaeron 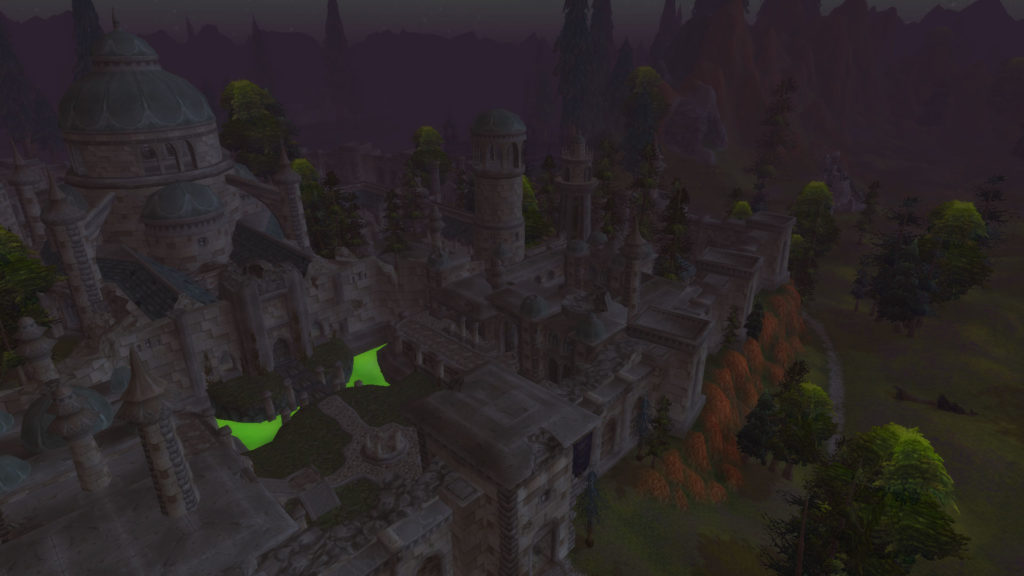 The Ruins of Lordaeron — the above-ground part of the city, serving as the main entrance. In the western part of the ruins is a translocation orb that permits travel to Silvermoon City. 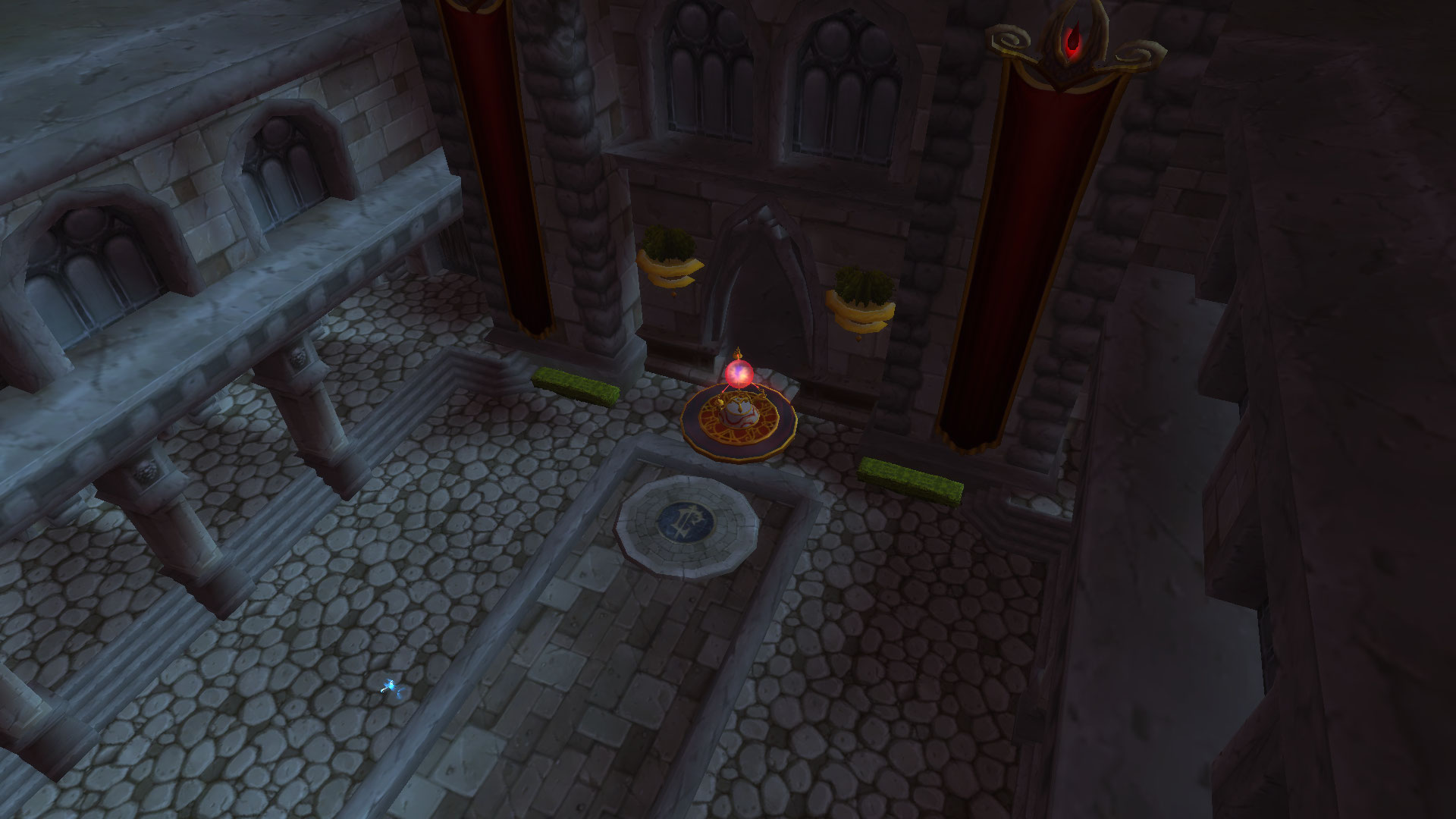 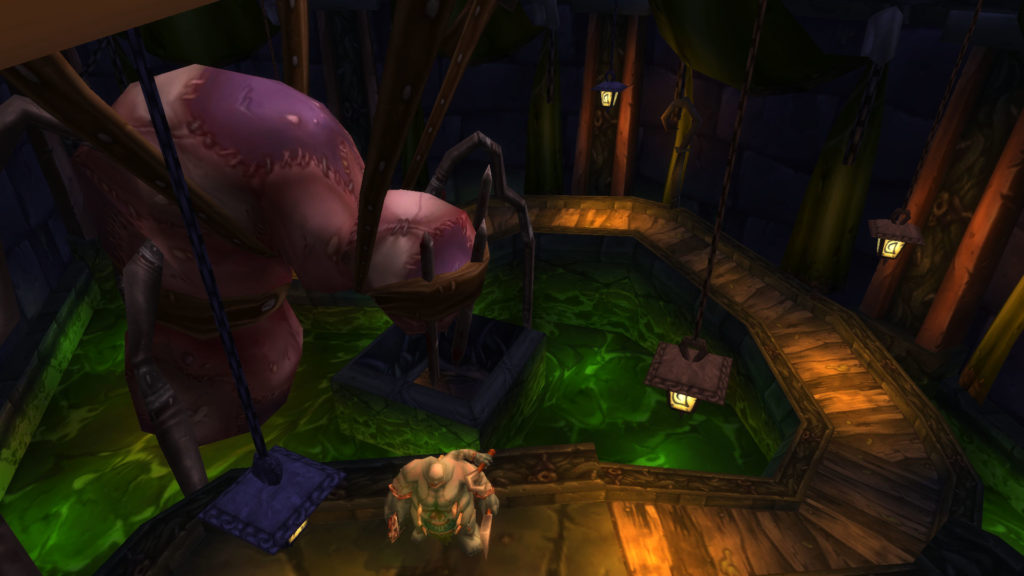 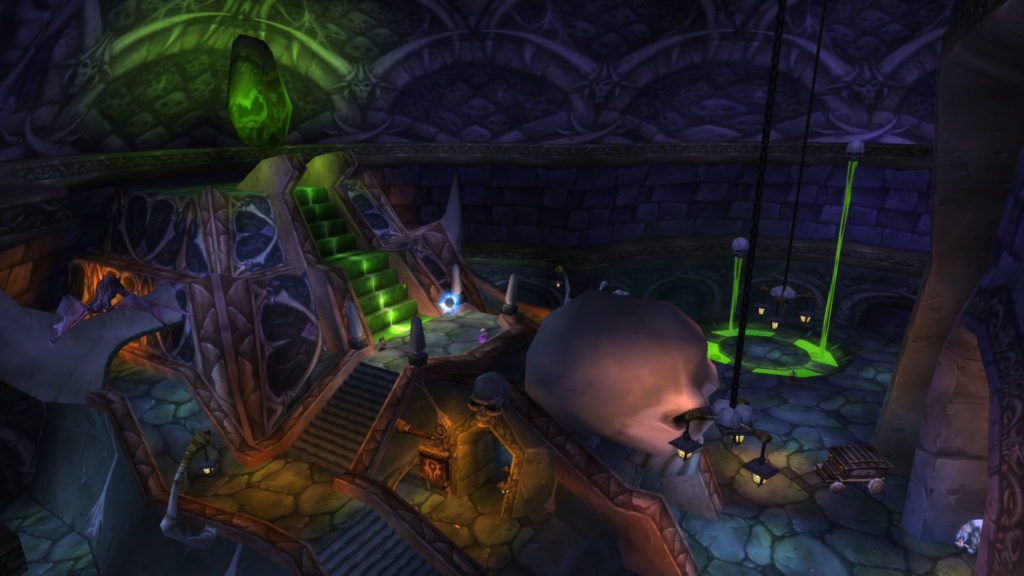 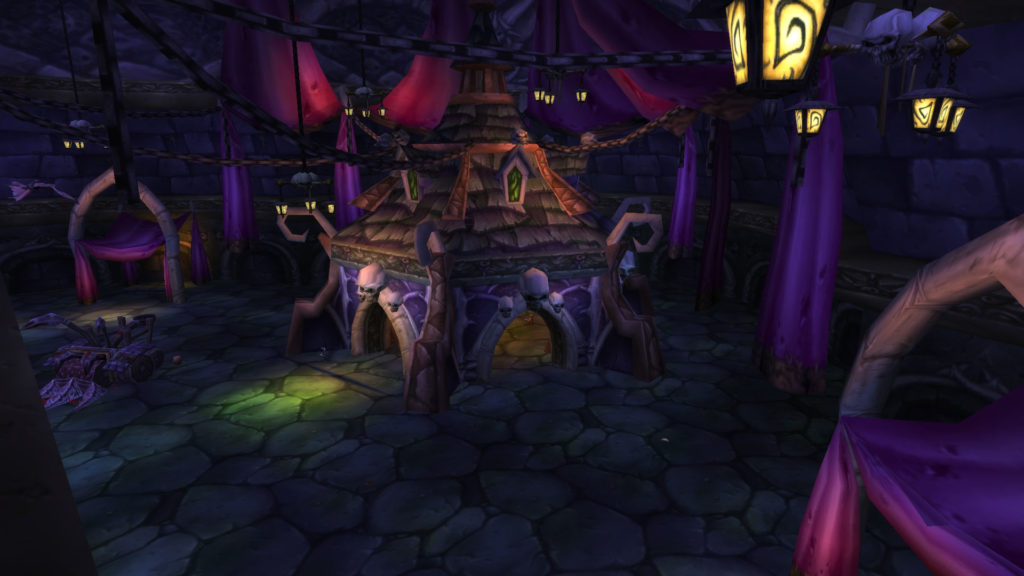 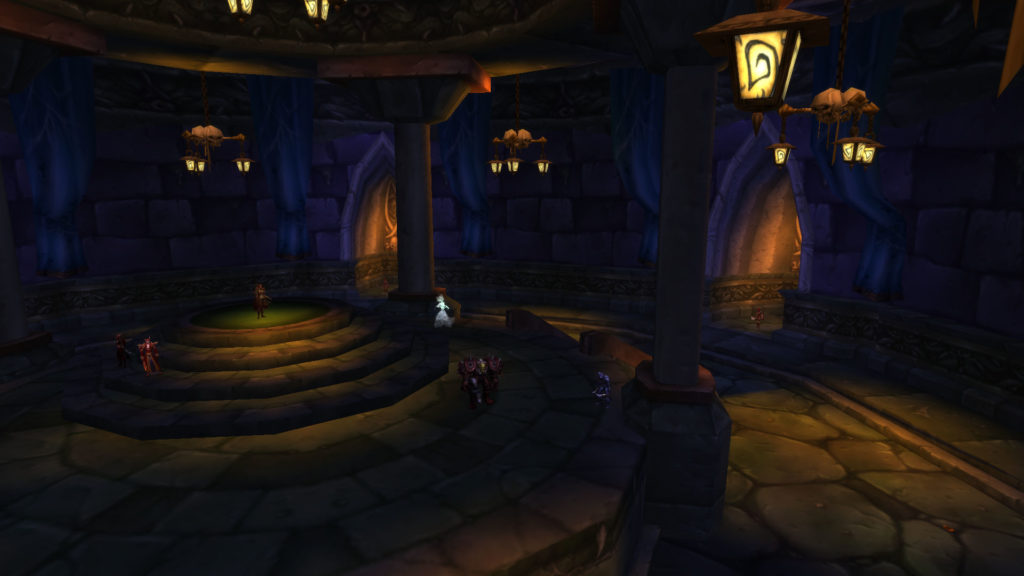 Sylvanas, ruler of the Forsaken, resides here.
The Trade Quarter 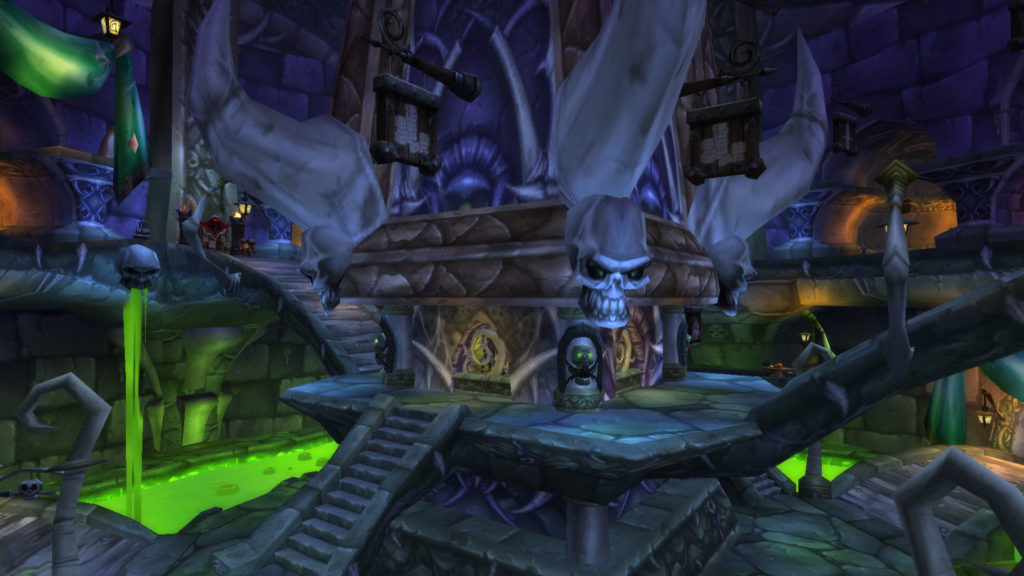 The Trade Quarter houses the bank in the centre. Auction houses are found in the ring encircling the Quarter.
The War Quarter 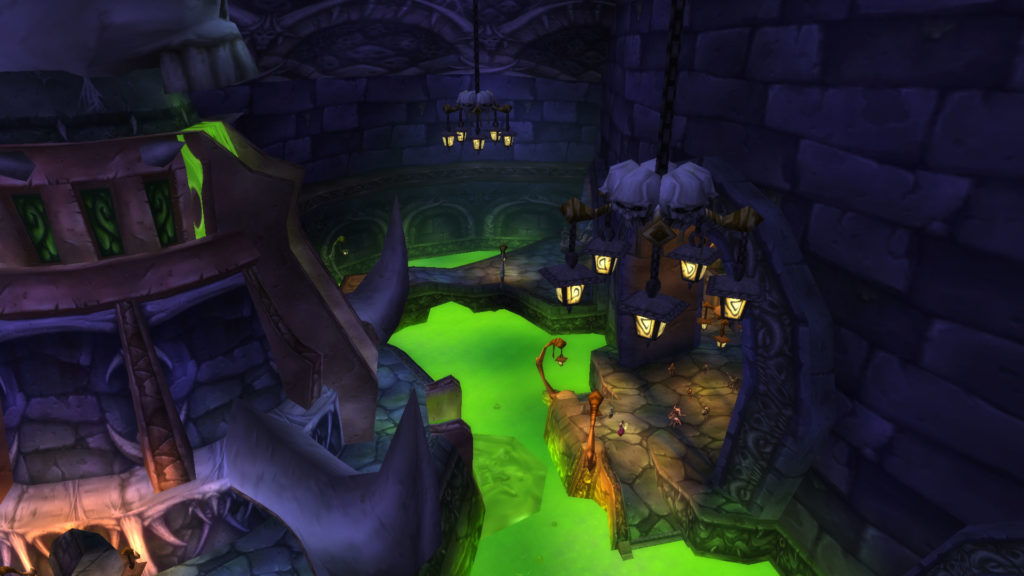 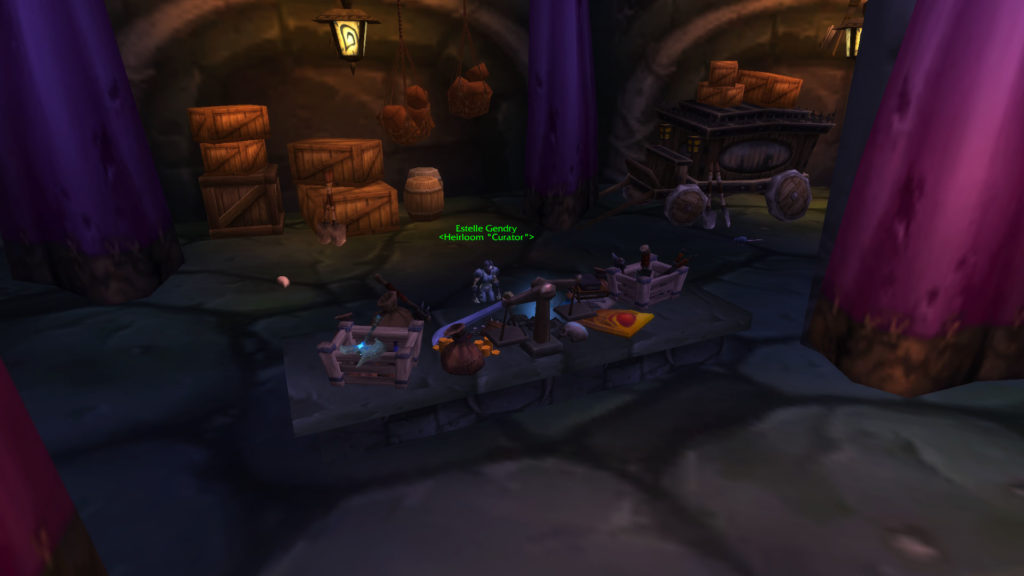 Profession trainers, as well as other useful NPCs, can be found stationed around the inner edge of the canal, although the Cooking trainer is in the Trade Quarter, as are the guild vendors, flight master and quartermaster. Class trainers tend to be found in the Magic, Rogue and War Quarters. The new heirloom vendor for the Horde, Estelle Gendry, is found in the Rogue Quarter. 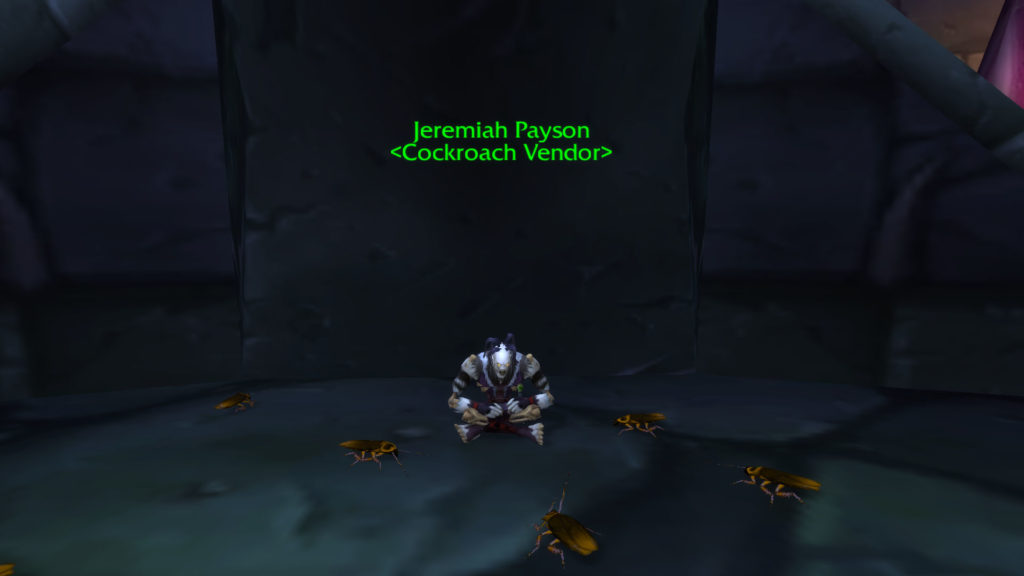 Those desiring to purchase pets may do so from Jeremiah Payson, although he sells just one — the Undercity Cockroach for 50 silver.