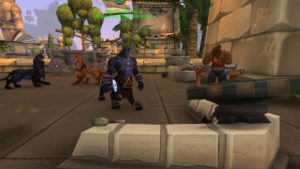 The Ramkahen are a tribe of centauroid cat people called tol’vir inhabiting northern Uldum. There are several tribes; one, the Neferset, allied with Deathwing when he returned to the world to wreak havoc, and promised a reversal of their ‘Curse of Flesh’.

Reputation is gained with the Ramkahen by completing quests, championing their cause in dungeons with the tabard, or completing the two daily quests.

To get to Uldum, if one hasn’t unlocked proper access to it, one must pick up Warchief’s Command: Uldum! (H)/Hero’s Call: Uldum! (A), and travel to southwestern Tanaris.* The initial quests will be in a phased instance of the Lost City of the Tol’vir, during which the player must rescue Prince Nadun, King Phaoris’ brother. As a reward, the player will be offered either an item to increase Ramkahen reputation by 1000, or a 200g reward. 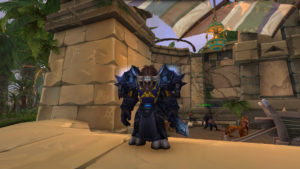 After all available reputation quests have been done, the player will be about a third of the way through Honored with the Ramkahen. At this point it’s prudent to purchase the Tabard of Ramkahen and run dungeons to get to Exalted, as the doing the two daily quests, Thieving Little Pluckers and Fire From the Sky offer only 400 reputation per day.

As with most reputations, additional rewards are unlocked as one progresses through the ranks. The tabard is available at Friendly, and transmog gear can be picked up at higher ranks. At Exalted, one has access to two mounts, Reins of the Brown Riding Camel and Reins of the Tan Riding Camel. Purchasing one of these will award One Hump or Two?. 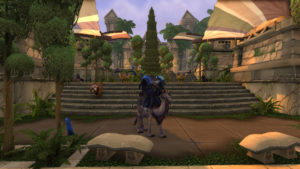 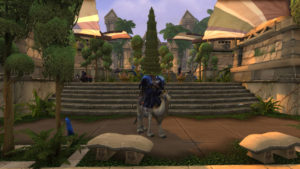 An additional camel mount can be obtained if one, with sheer luck or hunting, finds a Mysterious Camel Figurine. Clicking on it will transport the player to a phased version of the Steam Pools, found in the high area of Feralas bordering Silithus, where they must defeat Dormus the Camel-Hoarder. However, there are many spawn points around Uldum, only one figurine spawns at a time, and it will almost always be a Mysterious Camel Figurine (note the ID number), which gives you Crumbled Statue Remnants worth 25g for your trouble.