Repping with Leashes – Karazhan and the Violet Eye

This time we’ll do something slightly different with Repping with Leashes. We’ve done the Sporeggar and the Sha’tari Skyguard. There actually aren’t that many factions in Burning Crusade content that offer pets. It’s almost like pets weren’t quite the thing they are now or something. 😉 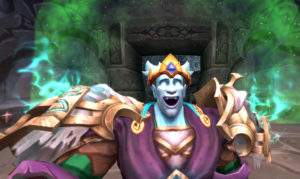 There are more reps to do in the Burning Crusade, though. ‘The Violet Eye’ is a grind to Exalted as you beat your head against the random number generator in the hopes that some of the bosses in Karazhan drop their associated pets.

While you’re here, the first thing to do is pull out your SELFIE camera at the front entrance if you’re still working on your Field Photographer achievement.

Now that you have the SELFIE out of the way, take a left from the entrance since you’re here, and pay a visit to Midnight the horse. Once you kill her, Attumen shows up and will continue to refuse to drop the Fiery Warhorse’s Reins. 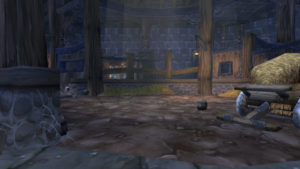 Attumen, like your hopes, vanishes quickly after being killed.

So why are we here again? Ah yes, reputation. So you have two ways you can do this. You can ‘kill all the things’ or you can make a beeline to the bosses that will potentially drop something beneficial for you.

When I ran around ‘killing all the things’ I did get some random drops that were highly beneficial with Legion’s new transmog system, such as the Pattern: Soulcloth Shoulders.

There’s an entire set of upper body Soulcloth in there with the gloves and vest. You’ll need approximately 150 soul essence to craft all of them. Seems like a good way to make your time back in gold by selling these soulcloth items for gold on your local auction house. 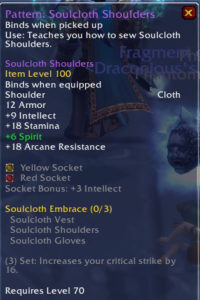 After Attumen I moved on to Moroes. All of these guys were super easy for my tailor/enchanter level 100 mage in garrison gear. Moroes has a few notable transmog drops but if you have yet to pick up the Mongoose enchantment formula, he’s your source. 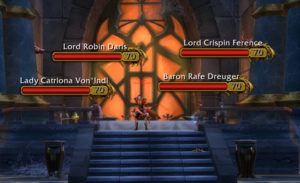 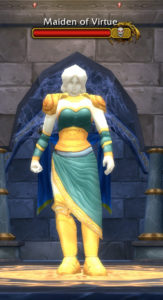 Like I said, we’re here for both pets and reputation
, and with the only way to get reputation being to kill things, your largest dangers in Karazhan are getting lost and running out of bag space for vendor items.

With that being said, the Maiden of Virtue is definitely an optional boss for our purposes. I went after her for the possibility of more zone drops and the Violet Eye rep.

Another drop I didn’t have: Surefooted!

With everything burned down in our wake, it’s time to see how we’ll get lucky with the Opera Event.

What will be hiding behind this curtain for us today? 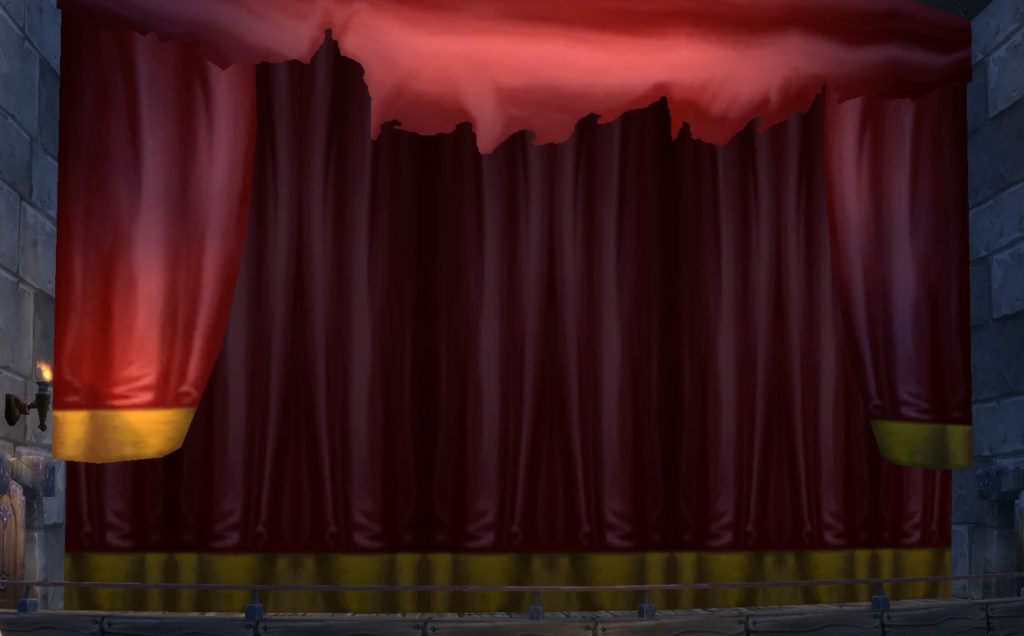 What do we want? 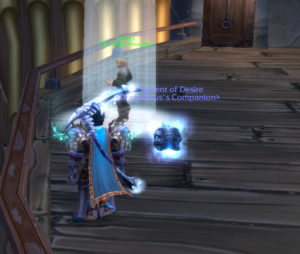 Well, I’m hoping this jerk gives me the ‘Big Bad Wolf’ event, but of course, on my run, he didn’t (this time).

From the opera event, the wolf drops our first battle pet chance in the form of a Spiky Collar.

Ever wonder why it was so expensive on the auction house? Because it’s a chance of a chance. You have a chance to get the boss, and then a chance to actually get the pet, though supposedly that chance is 20% according to Wowhead.

After the opera event, remember to not backtrack. That was a mistake I made since not being here in so long. Instead, go through the door on stage right that just opened up for you. 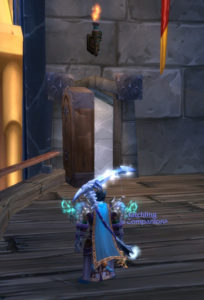 They oddly grouped up all the pets nice and close together. Our next target is the Curator.

Aside from dropping your Tier 4 gloves, he also has a chance to drop the ‘Instant Arcane Sanctum Security Kit’ AKA ‘Mini Curator’. :p 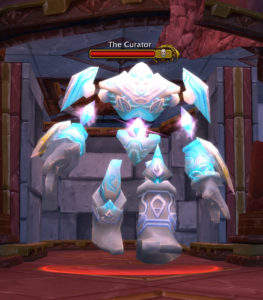 With the Curator down, the ‘Chess Event’ is in our way.

To get through this, I personally followed the strategy found here. Got through it the first time following that. It seems a bit counter-intuitive to move a rook through a knight but it works.

Now, I moved on to defeat the Shade of Aran, who gave me the Formula: Enchant Weapon – Sunfire enchant… 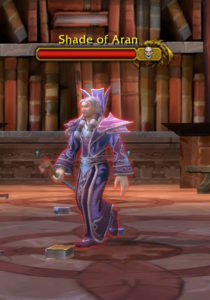 …and then a shy Netherspite who gave me some Netherwing Eggs. 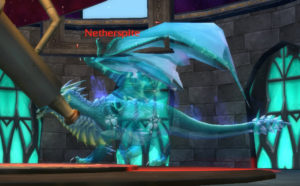 Both of these guys are also optional, but
if you’re working on Netherwing rep still, you’d might as well pay Netherspite a visit, right?

If you find yourself running out of bag space, you can use the side door that exits the Broken Staircase (between the Opera Event and the Master’s Terrace) to leave the instance. You’ll end up outside on the stone bridge between the tower and the tall, narrow building opposite. You can use your Traveler’s Tundra Mammoth, or similar mount, to empty your bags or make your way down the stairs to the reputation vendor at the main entrance. When you’re at Honored with the Violet Eye, the blacksmith Koren, just past the stables, will provide his vendor/repair services to you as well. 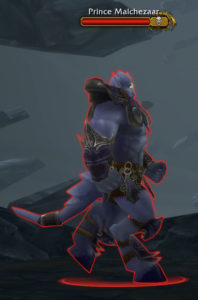 The next boss you can skip if you want. I know I didn’t summon Nightbane* on my last run, though I paid Prince Malchezaar a visit for the chance at his Netherspace Portal-Stone.

At the end of it all I was barely Honored, so getting Exalted status will likely happen before you’re lucky enough to have everything drop.

I also walked out with 137g. Granted, I did disenchant and delete some of the things I couldn’t equip rather than vendor them due to bag space issues while running, so you’ll likely hit about 200g.

As I was going out finding item links I also found out I missed an important guy. The fellow who drops pet #3 from Kara: Terestian Illhoof and his Satyr Charm. 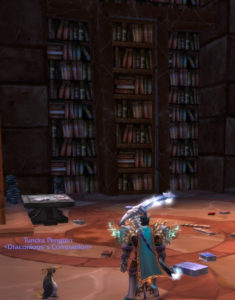 Since I goofed and missed him on my first visit, I went in through the side entrance that I unlocked to get at him a bit faster.

So how do you get to him after that? In the library, after the first circular room on your climb up to the Shade of Aran, is a room with orcs and white imps. Look to the left and there will be a bookshelf with a gear cursor when you hover over it (and on the right is the hall to move on to the Shade of Aran).

He gave me Soulfrost to help complete my enchanting collection, but no pet.

Now that we are fully done, if you have any tier pieces, you can turn them in back at Shattrath City (Outland).

May your luck be better than mine!