This article is about the pre-WotLK quest chain to expose Katrana Prestor. For the quest that grants you the ability to mingle in disguise with the Highborne in Suramar City until you blow your cover and are forced to choose between making a quick getaway or staying to fight, see Masquerade. 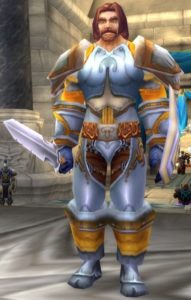 Throughout the history of World of Warcraft there have been many epic quest chains, such as that to reassemble the The Scepter of the Shifting Sands and unlock the gates of Ahn’Qiraj, attune for the Black Temple, obtain class mounts or the legendary cloak and ring in Mists of Pandaria and Warlords of Draenor respectively. Many have been removed for various reasons. This Alliance-only quest chain, ‘The Great Masquerade’, is one of them.

The Alliance were going through a rough patch during the time of The Burning Crusade. King Varian had mysteriously disappeared on his way to a conference in Theramore, putting Bolvar Fordragon into the position of Stormwind’s regent. 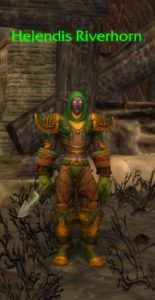 Despite Anduin being only ten years old, the royal advisor, lady Katrana Prestor, suggested that he be crowned the King of Stormwind, although power would still rest with Fordragon until such time that Varian returned, or Anduin reached his majority. The Burning Steppes, to the east of Stormwind, was under attack by members of the Black Dragonflight. Adventurers coming through the small outpost of Morgan’s Vigil were tasked with killing as many black dragons as they could. 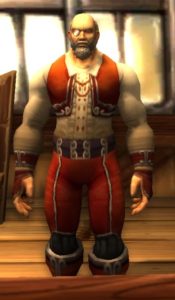 This was just a test of strength, however. Helendis Riverhorn believed the dragons were under the control of the Blackrock orcs, and sent the adventurer to Lakeshire to pass on a letter to Magistrate Solomon with her findings. Upon reading it, the worried magistrate decided that the problem is big enough that the government must deal with it, and so sent the player to speak with Bolvar in the Keep.

With Alliance forces already spread thin, Bolvar was unwilling to commit further troops, and passed the buck to Lady Prestor, who dismissed the situation as being not being an issue at this point. However, Bolvar felt he needed someone to keep an eye on things, so he deputised the adventurer and sent them back to Solomon, who was understandably chagrined to find that, instead of the expected army, he got a single adventurer. 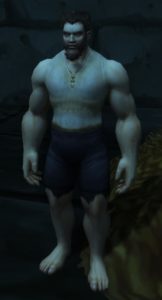 As the player was now a deputy of Stormwind, it was now up to them to deal with it, and so they were sent back to Morgan’s Vigil to speak with Marshal Maxwell. The orcs had been busy, and had taken Marshal Windsor. Ragged John was the only person to escape the altercation, and had fled northward to Flame Crest. He tells the adventurer that the Dark Iron dwarfs now had Windsor, and had taken him into the Blackrock Depths.

Of course a rescue mission had to be launched, and so it was that the player and some other acquaintances went into the Depths to retrieve him from the Detention Block, overseen by High Interrogator Gerstahn.

When Windsor found out that the player was the only force sent to help out, he wasn’t happy. He was also upset that his copious notes on what had been happening with the orcs and dragons, as well as his mace Ironfoe, had been taken from him.

The player investigated the Depths further, and eventually managed to round up the notes, which had been taken by General Angerforge and Golem Lord Argelmach. It’s at this point that Windsor was finally liberated from his cell, and he then insisted on rescuing the other members of his patrol, as well as dispensing justice to certain other people. 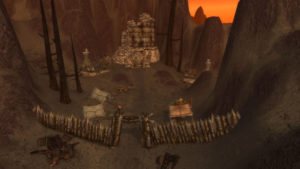 Once out of the Depths, Windsor raced ahead, off to Morgan’s Vigil. By the time the adventurer caught up Windsor had gone, already on his way to Stormwind, leaving behind instructions for them to meet him at Stormwind’s gates with a large force.

Upon hearing of Windsor’s arrival, Lady Prestor demanded his head, but Bolvar overrode her order, telling the guards to leave him be. The marshal was escorted to the Keep to deliver his report, whereupon the Highlord was finally spurred into action. The report came at a cost, however. Before the assembled gathering, Lady Prestor revealed herself to be Onyxia, sister of the lord of Blackwing Lair, and slew the marshal, before summoning others of the Black Dragonflight to aid her.

Utter carnage was wrought in the Keep’s throne room, but eventually Onyxia was banished, and the cleanup could begin. Bolvar’s medallion, with which Onyxia had held sway over him, now lay broken. To gain access to her lair, it was necessary to repair it, but there were very few with the power to do so. The player’s travels took them to southern Winterspring, where they found Haleh, a matron of the Blue Dragonflight. The medallion turned out to be one of Onyxia’s scales, and repairing it required the blood of one of the Black Dragonflight’s champions, namely General Drakkisath.

The adventurer gathered up another force of other like-minded people, and invaded the upper section of Blackrock Spire, defeating Drakkisath and taking a vial of his blood. Haleh repaired the medallion, and wished the adventurer luck against defeating Onyxia.

With the Drakefire Amulet in hand, the player went off to Dustwallow Marsh to take on the Black Dragonflight broodmother herself…