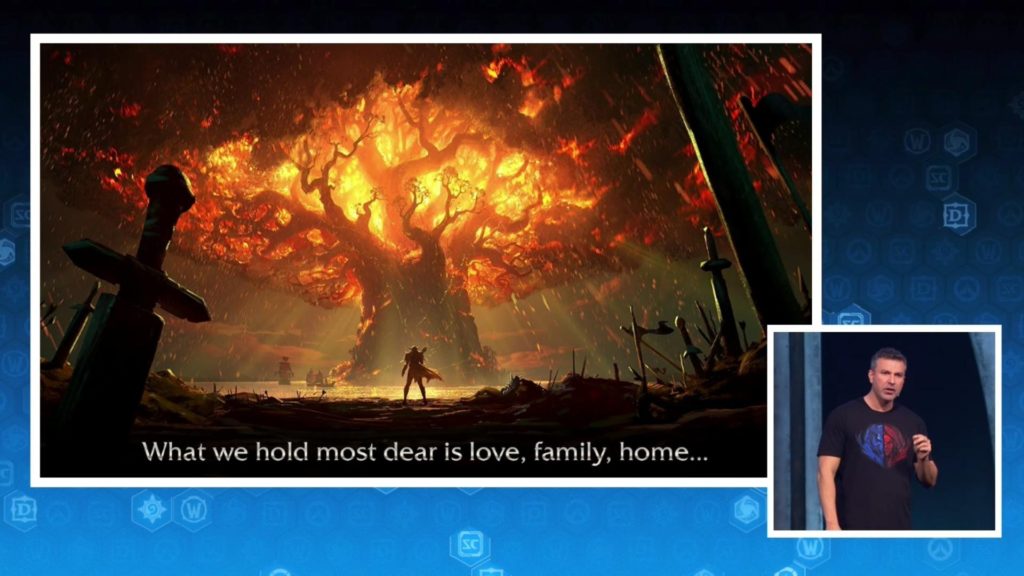 In the effort to gain dominance, they visit the mightiest of sea-faring nations, Kul-Tiras and Zandalar.

You can find the link to the Beta opt-in here. 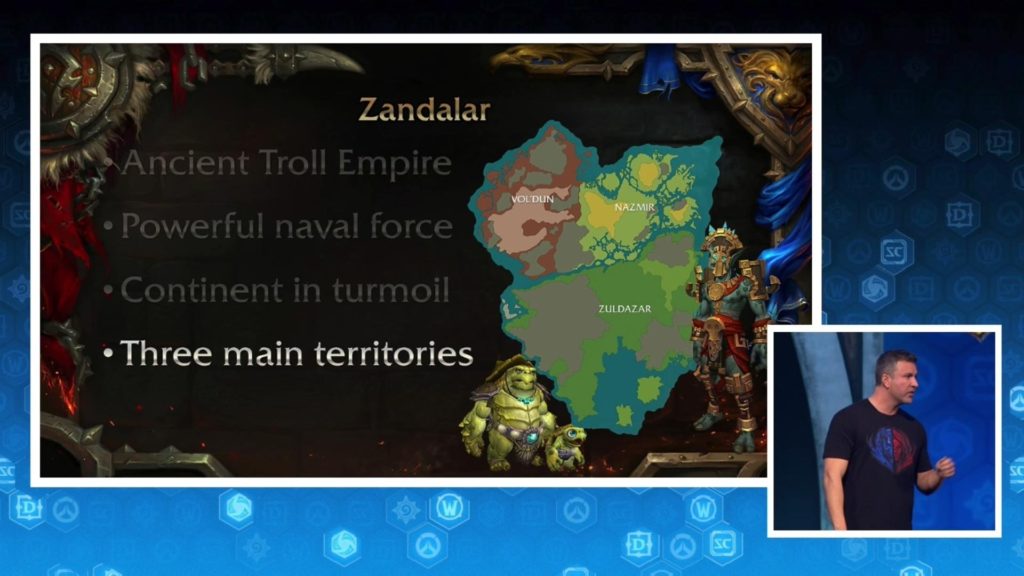 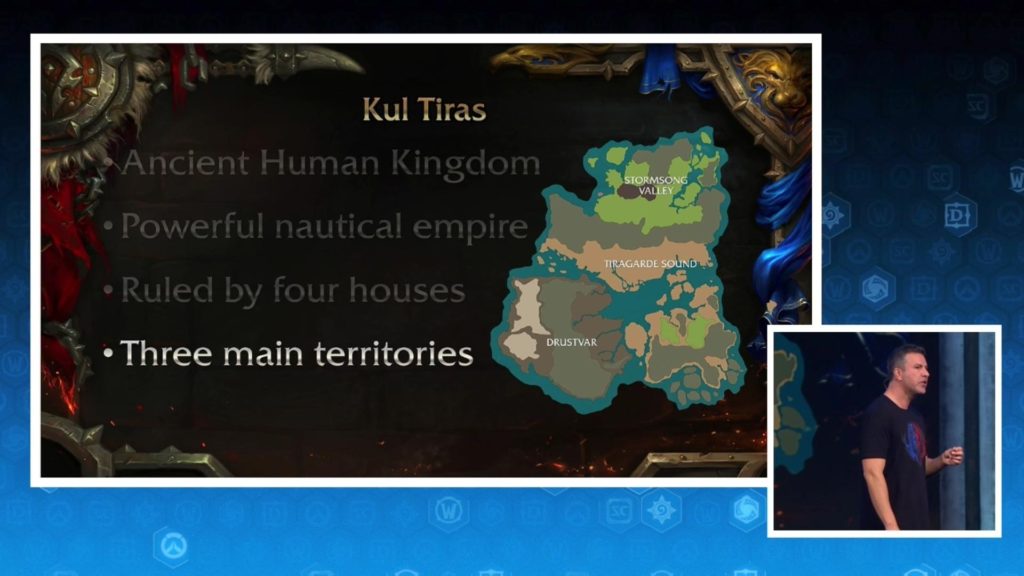 As you level to 120, the Horde will help the Zandalari and gain their trust, while the Alliance will work to help out the Kul-Tirans. Each zone holds its own secrets and allies.

For the Alliance adventuring through Kul’Tiras, there are three main zones: 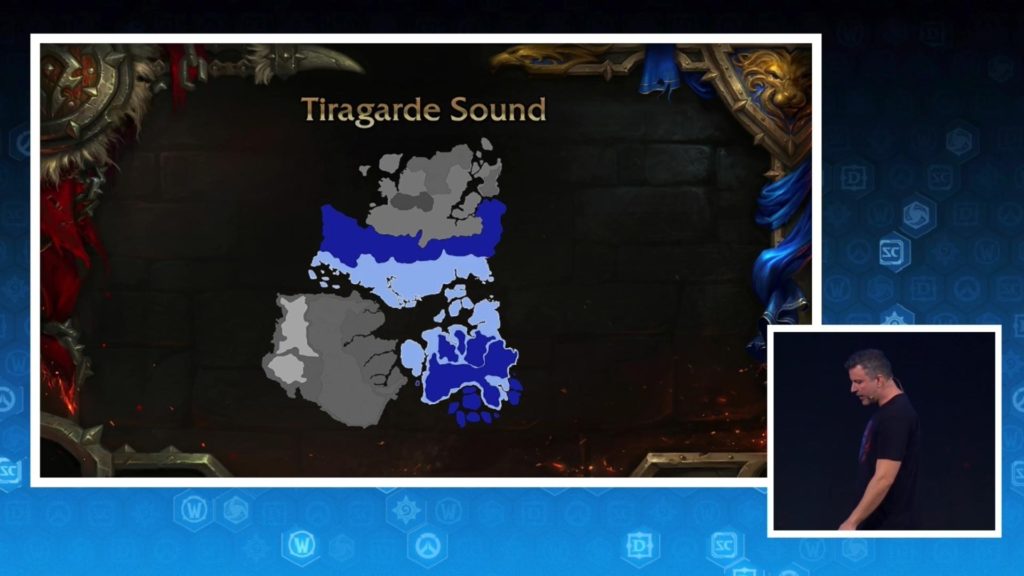 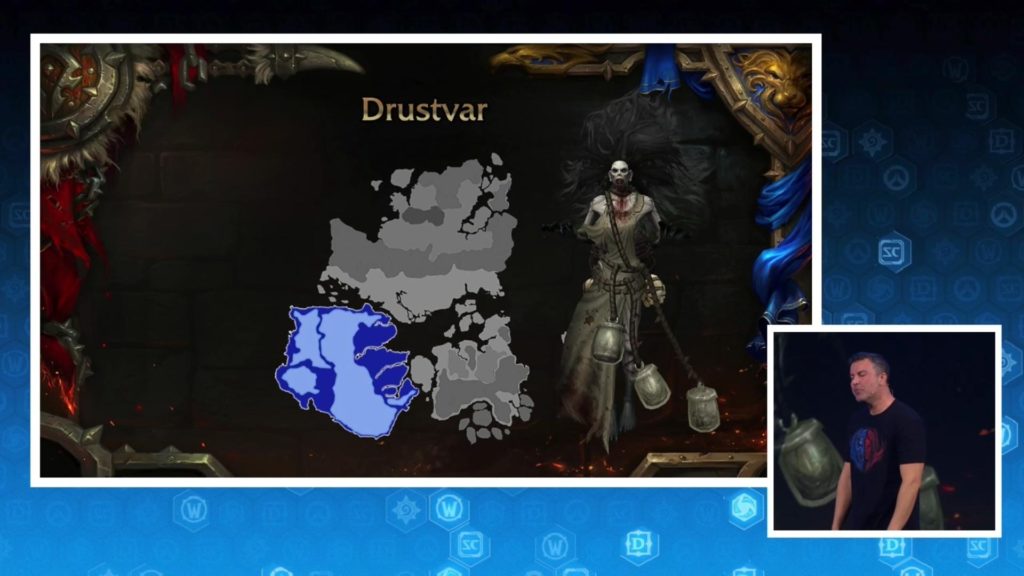 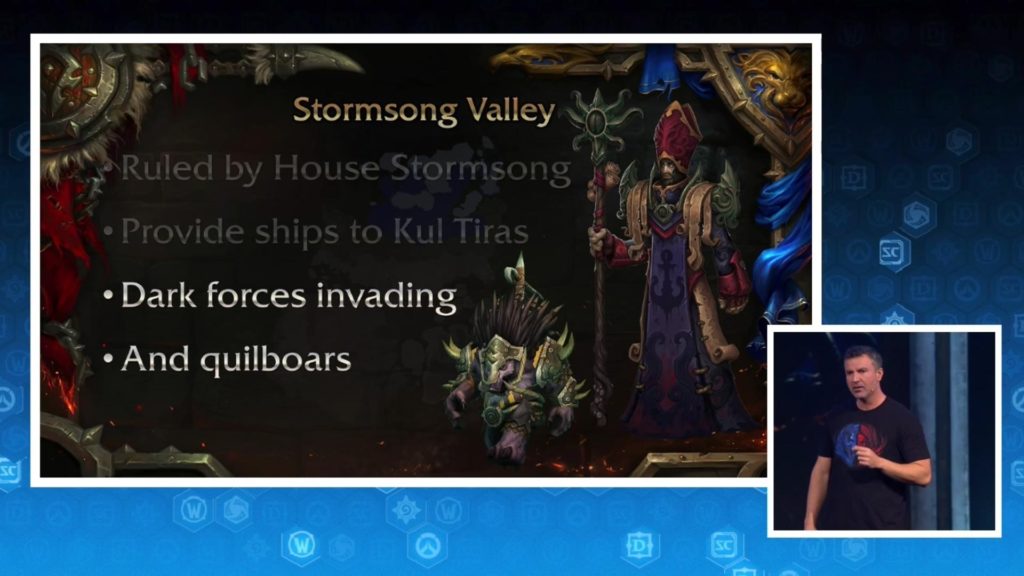 The Horde, working for the Zandalari, will also have three zones: 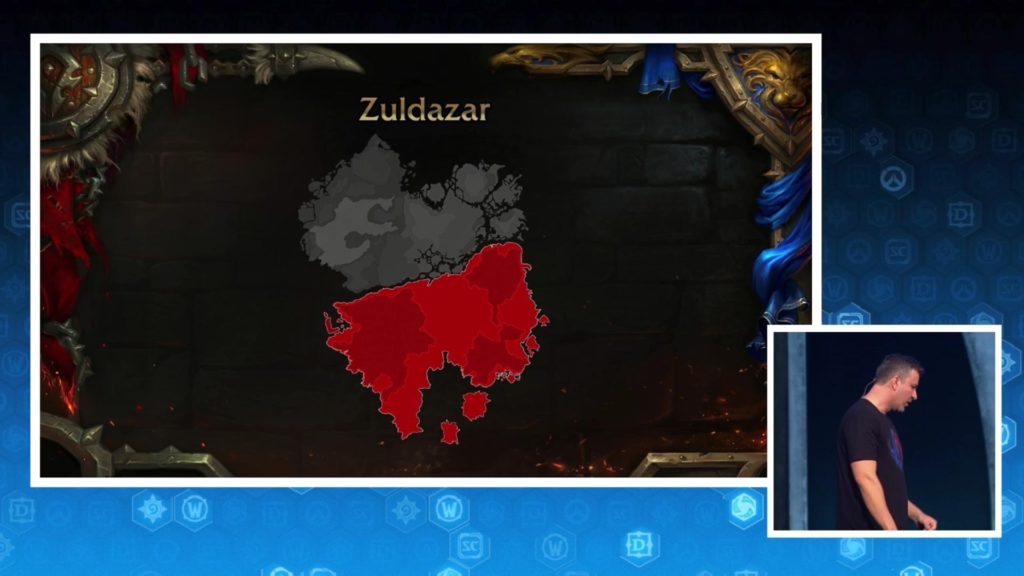 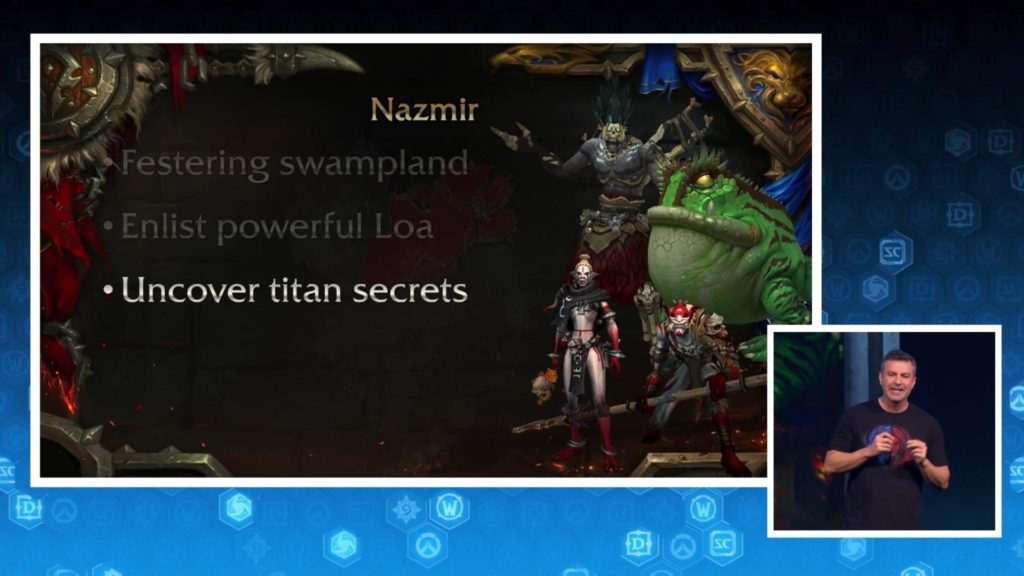 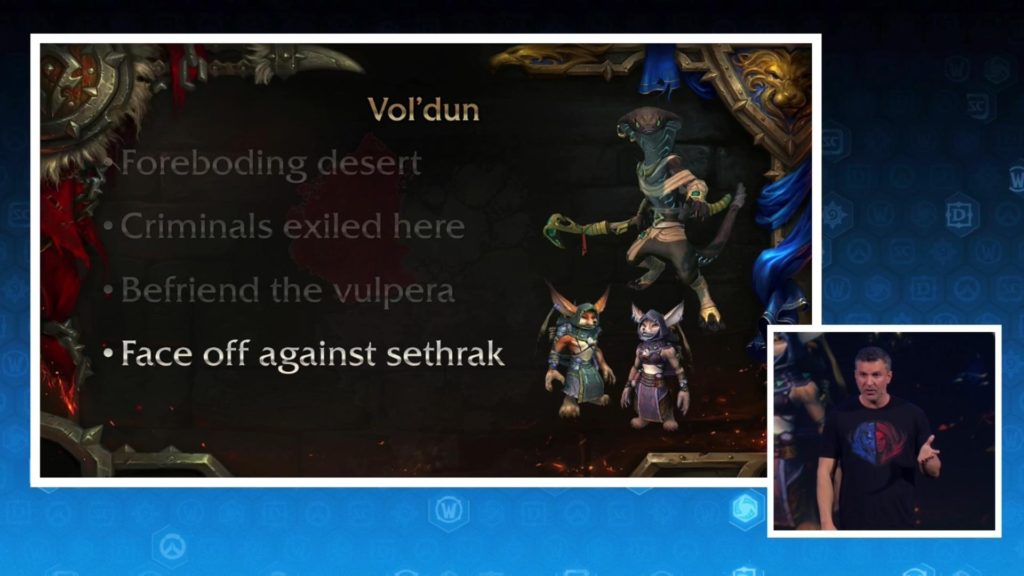 We will also get to take a closer look at the stories of several of the Heroes of Azeroth. 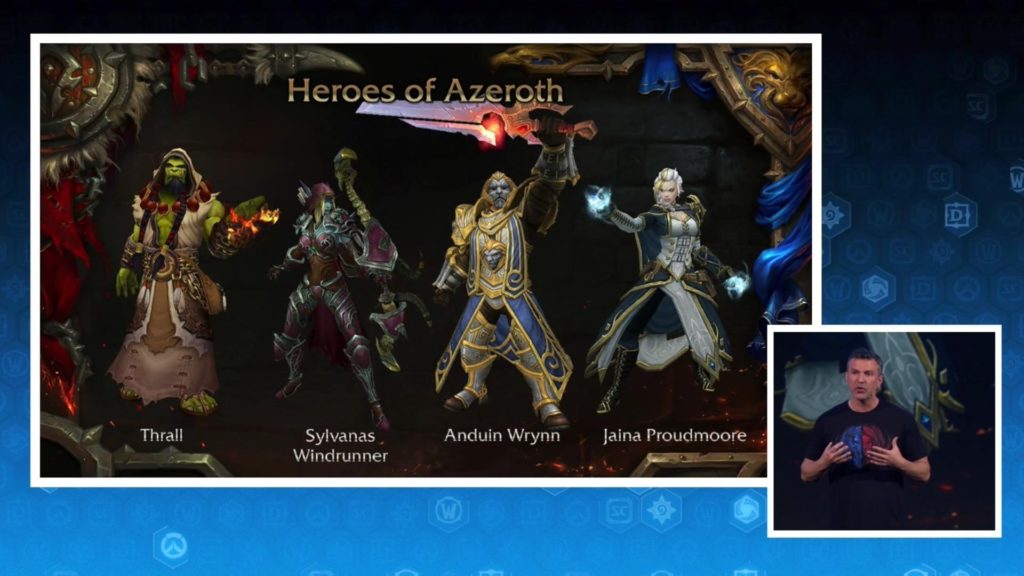 Each faction will level to 120 primarily in their faction’s zones, but upon reaching 120 all of the zones will open up. There will be a War Campaign woven through the leveling experience as well, to make sure we don’t lose sight of the fact this is a faction conflict. This will be similar to the current Order Hall campaign.

Upon reaching 120 we will also gain access to Emissaries and World Quests. Blizzard is mostly happy with how these have turned out, and while they are being refined, they are here to stay.

Allied races are hero races, recruited through quest lines explaining just why they joined your faction. Each race has its own quest, and upon completion, that allied race will be available for you to play. They will have new racial abilities and customizations and will start their journey through Azeroth at level 20. If you level an allied race without using a boost, you gain a heritage armor set, unique to, and only transmoggable by, that race. These armor sets are, however, universal, in that you can transmog the armor regardless of what armor level you actually wear, be it cloth or plate.

The Allied Races are: 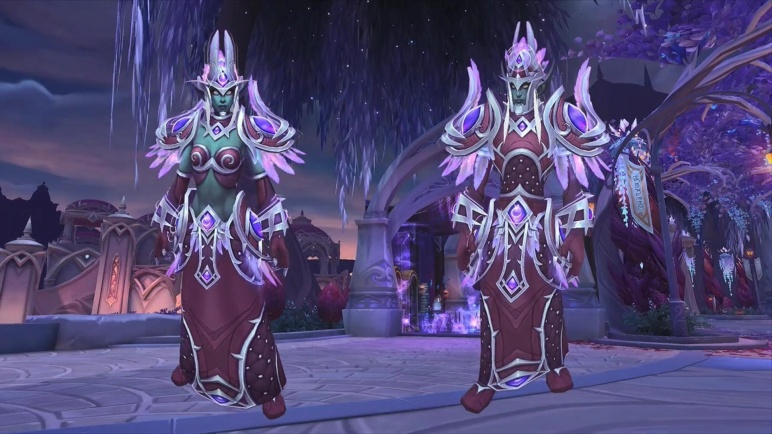 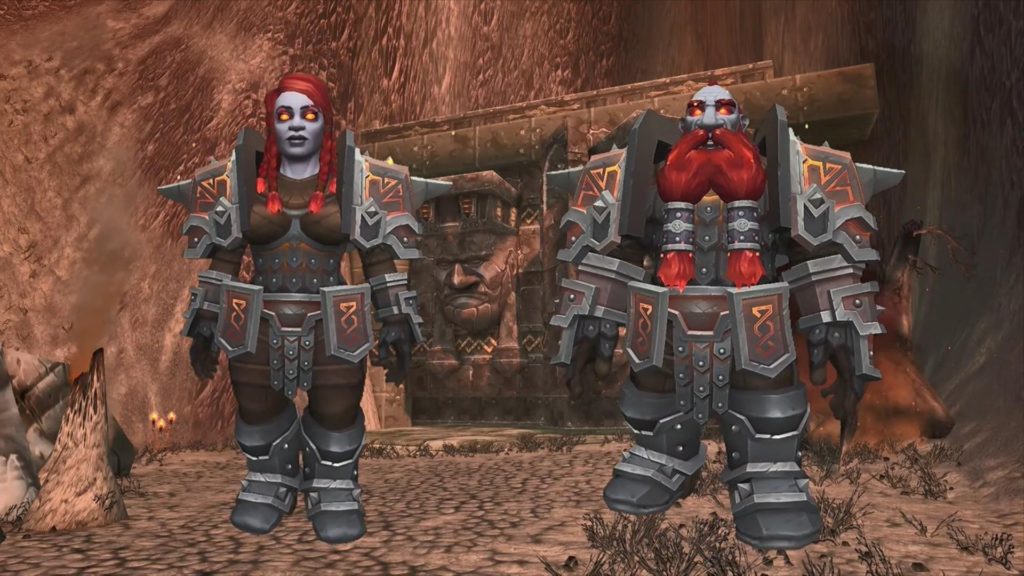 Blizzard intend to introduce more races in the future.

Blizzard are also revamping how leveling progression works through the old content. It will work a little differently to the level scaling we see on the Broken Isles, and this is being done to preserve some of the aspects of the leveling experience. A level 10, for example, wandering into the Western Plaguelands is traditionally greeted by the welcome bear, who sends the player off to the graveyard. This is a quintessential part of classic WoW, and shouldn’t be downplayed. What they intend to do is cap classic content scaling at 60; however, entry to Westfall would be scaled from level 10, while somewhere like Burning Steppes would have the scaling start from level 40.

With the close of Legion, we will part ways with our artifact weapons. However, through Magni, Speaker for Azeroth, we will gain an artifact level item, the Heart of Azeroth. 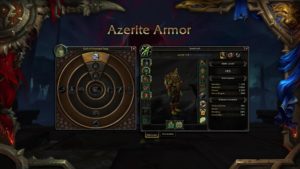 If you find a better piece of armor, you will be able to switch it out with no loss to your strength. What talents you unlock are dependent on the level of the Heart of Azeroth, completely independent of the armor you are wearing. You will need to level the Heart of Azeroth in order to unlock more powerful tiers of talents, and more powerful armor will likely require more levels to unlock the different tiers.

Scenarios are making a come back in the form of Island Expeditions. These are role-agnostic three man instances. 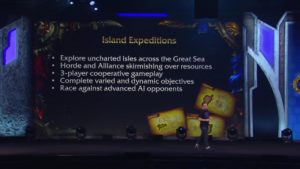 And the intent is that even if you get the same expedition location, it won’t be the same expedition. You will be able to arrive at locations at different times of day, there could be different mobs, and different methods of figuring out how to get through the Island to the rewards you want. The Expeditions will also have a PvP aspect to them. Not long after you show up on an island, the opposing faction will also show up. The opposing faction will be a group of characters controlled by an advanced AI, and they will be attempting to prevent you from gaining the loot you want.

There will be four modes for expeditions: Normal, Heroic, Mythic and PvP, just especially for those people who want to compete against members of the opposing faction for real. 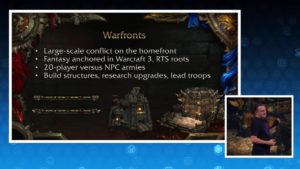 Warfronts will be large-scale conflicts on the home fronts, and will be based on the Warcraft RTS campaign maps, but putting you in the middle of the action. They will be a 20-player vs NPC conflict. After the battle for Lordaeron the continents will be split by faction, Horde in the west, Alliance in the east.

The Horde aren’t giving up so easily, however, and the Arathi Highlands becomes the next major battlefield. With this, the first Warfront becomes Stromgarde, a place for the Horde to dig in and potentially launch attacks on Gilneas, and a way for the Alliance to cut off Silvermoon City. 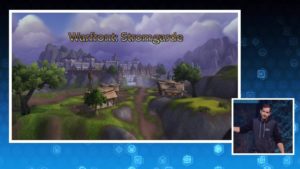 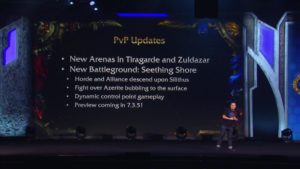 With the emphasis on faction conflict, there will also be updates to PvP. Two new arenas will be added, one in Tiragarde, the other in Zandalar.

There will also be a new Battleground, Seething Shores. Seething Shores will have a dynamic control point gameplay, so rather than focusing on one or two spots where the objective always spawns, there will be multiple possible spawn points, but only potentially three would be up at any given time. This battleground is part of the story of what is happening, so we’re getting a preview with 7.3.5.

There will also be changes to how open-world PvP works. At the moment, if you’re on a PvP server, you’ll automatically flag when you leave a sanctuary area, and if you’re on a PvE server you have to manually flag if you decide to participate in world PvP. Being on a PvE server there may or may not be anyone else around to fight. Blizzard intend to remove PvP and PvE server designations. Instead, whenever you are in a major hub such as Dalaran or Orgrimmar, you will have the choice to flag or not flag for PvP before you leave to go out into the world. If you choose to play PvE you won’t have to worry about random players camping your local flightmaster, or killing your questgivers, and if you choose to play PvP you can earn greater rewards to offset the inefficiency of getting corpse-camped by that one rogue. 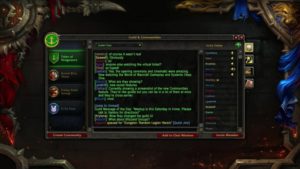 Blizzard are also focusing on making sure that it becomes easier than ever to be able to communicate with each other. To facilitate this, World of Warcraft will be getting Battle.net Voice Integration, so you don’t need to download a different voice app every time you join a new pug, and you can easily see who happens to be talking from the game itself. This is the same voice chat being used currently in Overwatch.

They are also introducing Communities. These are cross-server character-specific groups that you can join alongside your regular guild. They will be integrated with both the voice chat, and quick join features. 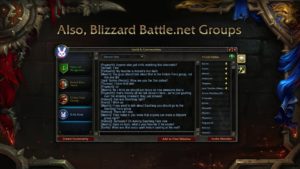 All of these newest features will also be implemented to your guild chat as well.

With all this you will also be able to view your Battle.net groups chat in-game as well. 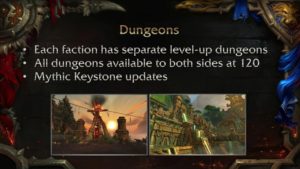 There will be ten new dungeons, and each faction will have separate leveling dungeons, with the remainder opening up to you at level 120. Mythic Keystones will be getting updated and refined, along with UI improvements to help find groups. 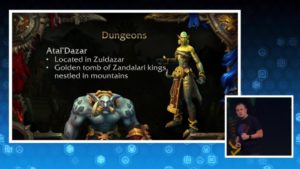 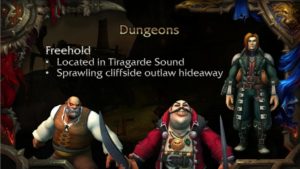 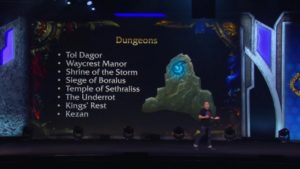 Blizzard are staying very tight-lipped on what is happening with raids so as not to spoil the story. What we do know is that the first raid, Uldir, is a Titan Quarantine Facility, there will be 8 bosses, and you will be facing off against the source of Zandalar’s corruption. 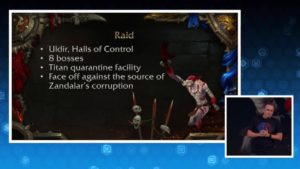 They did hint at the possible contents of the raid after Uldir, and ‘dark threats from the sea’. 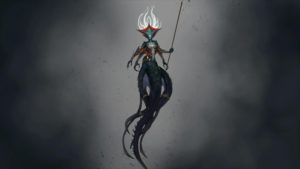 They’re doing it. No details or timelines have been given. It has been stated they’re looking for community feedback on how best to implement the concept.