When the Dark Portal was reopened, and the assorted forces of the Horde and Alliance poured through to take their battles to the shattered remnants of Draenor (now Outland), the Cenarion Circle took an interest, and sent contingents of druids through the Portal as well to investigate the fauna and flora of Outland. At first they were under the direction of the Circle, but they soon developed more autonomy to become a faction in their own right. 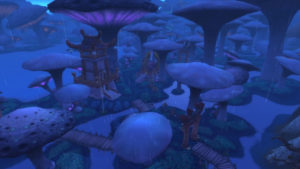 As players quest through Hellfire Peninsula, they may eventually stumble upon the small Cenarion Expedition outpost in the western part of the zone, near the pass leading through into the swampy Zangarmarsh. A number of quests here send the players around this part of the zone, before asking them to go through to the main base of operations, Cenarion Refuge, in Zangarmarsh.

Reputation with the Expedition can be gained through a number of ways, the primary one being questing. Almost the entire zone’s quests will grant CE reputation, with some also giving favour with the Sporeggar. Quests in the CE’s other outposts in Terokkar Forest and Blade’s Edge Mountains, will also grant CE reputation. Somewhat surprisingly, D.E.H.T.A., another spin-off of the Cenarion Circle based in Northrend’s Borean Tundra, does also (as well as one quest in Mender’s Stead in Western Plaguelands; this is a mistake on some coder’s part.) 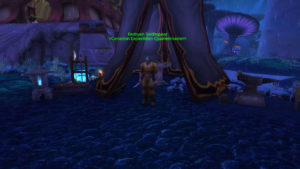 Aside from questing, one can also pick up Unidentified Plant Parts from many plant-based mobs to turn in at Lauranna Thar’well. Each turn-in rewards a Package of Identified Plants, which can contain an Uncatalogued Species, a repeatable quest that will grant 500 reputation upon completion. This is quest is not available after reaching Honored status, however, so it may be a good idea to hoard them for later, especially the Darkmoon Faire, when one can get the 10% rep/XP buff from the carousel.

The other main form of reputation gain is through doing the dungeons in the Coilfang Reservoir complex — the Slave Pens, the Steamvaults and the Underbog. The mobs inside will grant reputation up to Honored on Normal mode. Future gains must be done at level 70+ in Heroic mode. 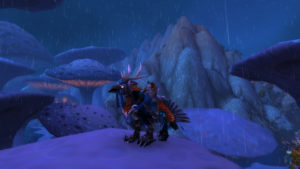 It is recommended to gather as many Uncatalogued Species as possible, run dungeons, and then do quests in that order to maximise reputation gain.

The main reason for grinding CE reputation is for the Cenarion War Hippogryph, available at Exalted for 1,600 gold. In addition to that, also completing the Cenarion Circle grind will award Guardian of Cenarius.

Aside from the mount, there are many items of armour and weapons available for each class, as well as some designs, formulae, patterns, plans and recipes for various crafting professions, and the Cenarion Expedition Tabard.