The final faction for the Legion leveling experience brings us to Stormheim and the Valajar.

If you aim for the questing achievement of the zone which is Vrykul Story Bro, like with the other leveling factions, you’re well on your way to unlocking all the reputation vendor items. 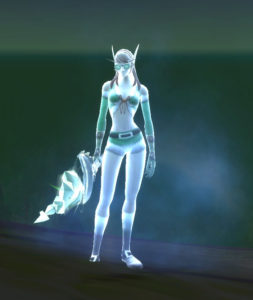 At Honored you’ll be able to quickly grab the Vrykul Toy Boat. Remember the Paper Zeppelin Kit? It’s that, but a Vrykul-themed item.

At Revered you can pick up the Death’s Door Charm. It gives your character a nice ‘ghostly visage’ similar to what you would have looked like during your questing through Hellheim.

(Can you tell I was preparing for this during Winter Veil? 😉 )

But since you’re here for pets, I bet you’d like to see what you can get in that arena.

The vendor, also at Revered, will offer you a Sunborne Valkyr! 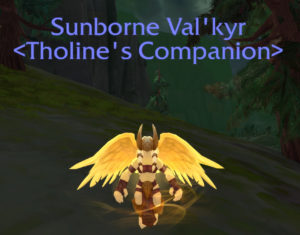 It’s a great move to smack at your opponent’s back row pets.

Mixed with the chance of a stun with Surge of Light and self healing with Restoration, you’re sure to be handing out some punishment to your opponent.

Past the vendor rewards, out here in Stormheim, rests the Stormwing Matriarch. 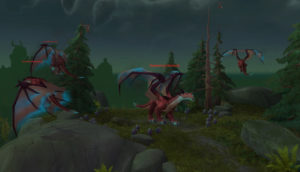 She will drop a Stormborne Whelpling! 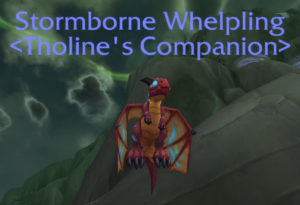 If you missed it, head back to Hellheim through the portal found in Haustvald. 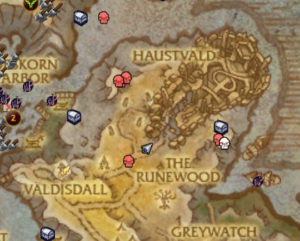 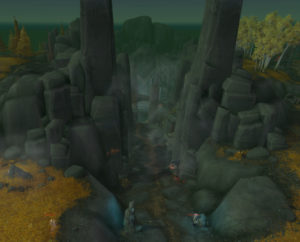 Southwest of Helya’s Throne, really the only point on the map that’s marked with anything, is a pool. 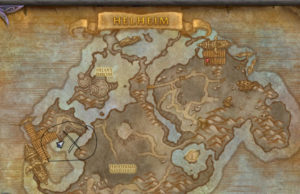 In this pool lies Soulthirster. 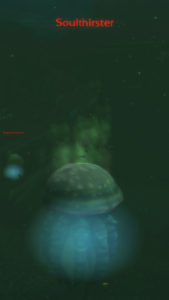 Once you kill this rare beast it will reward you with the Bleakwater Jelly. 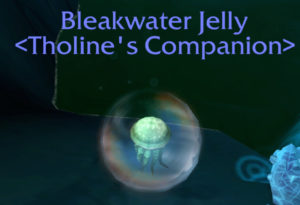 Now, while you’re working on Valarjar reputation you might as well keep going. As for the other reputations in Legion, there is a paragon reward chest that will have a chance to give you the Valarjar Stormwing! 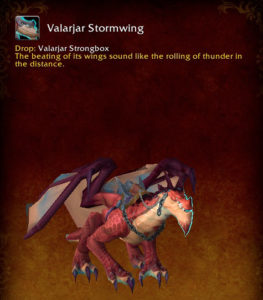 I haven’t gotten it yet myself, but hopefully, the RNG will be on your side.

Happy hunting in Stormheim, my friends, and be sure to lift a mug of your favorite beverage to the Stormforged!