The End of Snowballing

Blizzard has stated that their major goal in 2019 for the Heroes of the Storm game would be to implement changes to encourage closer matches and avoid the snowball effect. In order to do this, they will be making adjustments to slow down snowballing.

These changes will include:

In addition to these structural changes, teams will also gain a powerful catapult for every third minion after destroying a Fort. Destroying a Keep will allow Catapults to generate with every minion wave.
Armor has also been adjusted. Instead of multi-hero armor stacking, armor will now only be awarded in the highest to lowest amount appropriate. 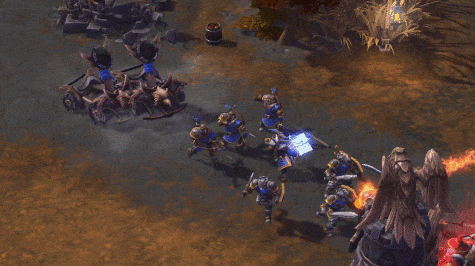 Matchmaking Updates
The matchmaking system will now prioritize Tank, Healer and ranged Assassins on quick match teams. Similar to World of Warcraft, players who queue for roles that are needed most will receive a bonus.

Stimpack Updates
Stimpacks have been reworked and are now know as Boosts. They will still buff experience and gold gains, but now they will also provide a 5% experience buff for the team for EACH ACTIVE BOOST. Teams can total a 45% experience increase if all members are boosting.

Nubkeks on Youtube has made a fantastic video explaining the new role changes and showcasing which heroes will belong to each of the roles.

New Hero
Blizzcon introduced us to our very first Nexus-born hero: Orphea, Heir of Raven Court! This hero was awarded to everyone who purchased a BlizzCon Virtual Ticket.

Blizzard has put together four comics to help introduce us to this exciting new hero. You can learn more about her and read the comics here.